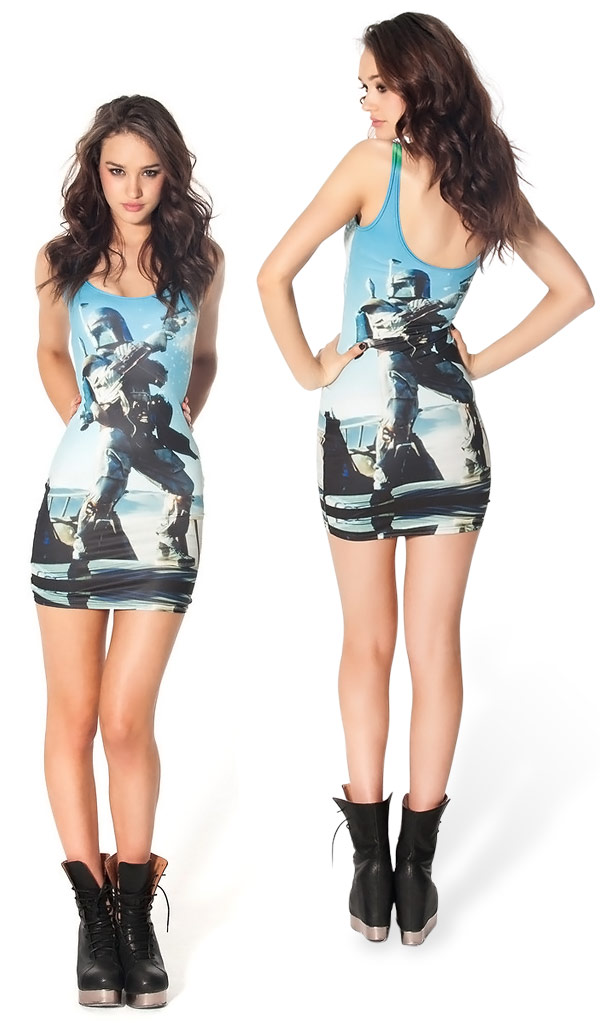 The 82% Polyester/18% LYCRA dress shows Boba Fett during the battle that takes place in Return of the Jedi when Luke Skywalker slashes Fett’s blaster with his lightsaber. A few minutes after this, a blind Han Solo manages to trigger Fett’s jet-pack, which results in the bounty hunter ending up in the belly of the Sarlacc. For most, the story would end there, but Boba managed to escape the beast’s stomach… probably with plenty of memories he’d love to purge from his mind. Can you imagine living in something’s stomach? Ew! 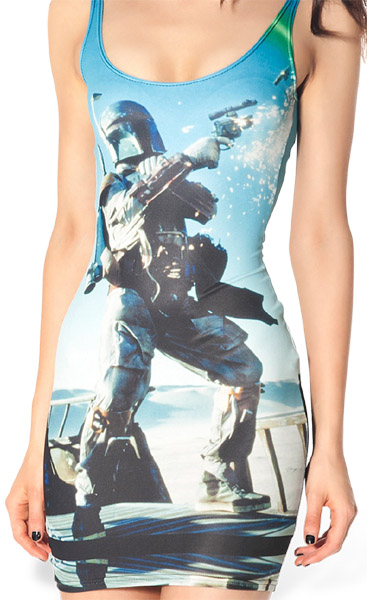 These Boba Fett Jacquard Dress Socks are the envy of all bounty hunters. I bet Boba Fett himself wears them. You have to comfortable when hunting your bounty after all. These socks feature the Fett helmet and Mandalorian logo over black socks. One size fits […]