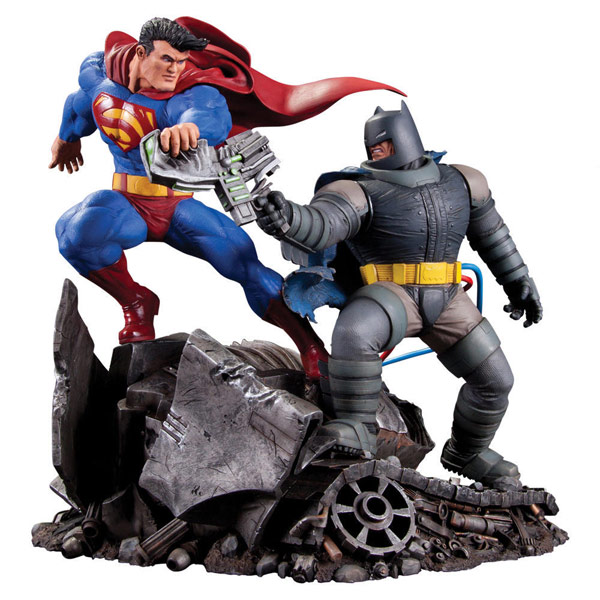 The Man of Steel takes on the Dark Knight in a clash of the titans that’s captured with the Classic Confrontations: Superman vs Batman Statue, offering us a showdown that everyone knew would happen sooner or later.

The big, blue boy scout and the dark, grim vigilante that takes the law into his own hands. It was a sometimes tense alliance between these two DC Comics icons, and all that tension finally boiled over within the pages of Batman: The Dark Knight Returns. 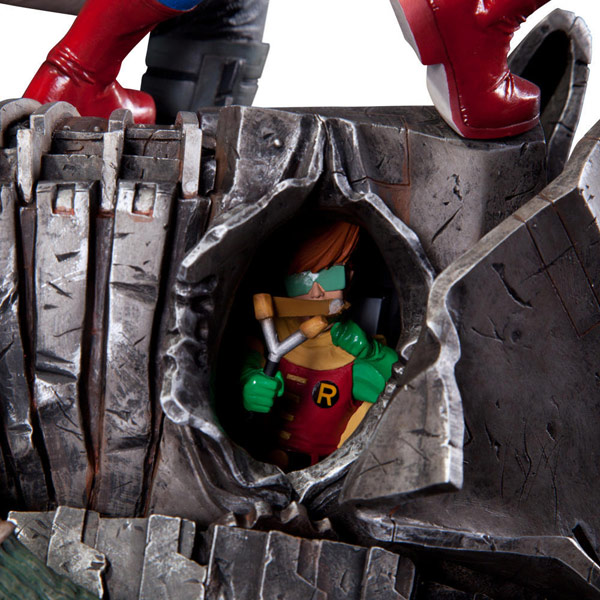 Superman and an armored-up Batman go toe-to-toe with each other in this 11-inch-tall statue that is so intricately detailed that we even get to see the Dark Knight’s sidekick, Robin, hiding out in the wreckage beneath them, just waiting for the right moment to take a shot with her trusty slingshot.

You’ve seen them as friends; now you can collect them as enemies with the Classic Confrontations: Superman vs Batman Statue for $243.59 at Amazon.com.

You can play a lot of games when you’re alone (like Solitaire Chess or the Lighted Solitaire Electronic Game), but one game you can’t play solo is tic-tac-toe–until now, that is. The Tic Tac Tome: Automatic Tic-Tac-Toe Playing Book has over 1,400 pages that will play […]

Not everyone is a master when it comes to molecular mixology (which is a pretty complicated term for the process of creating cocktail drinks.) However, you can give the illusion of being a master mixer with these Sidekick Shot Glasses. Basically, the trick behind the […]