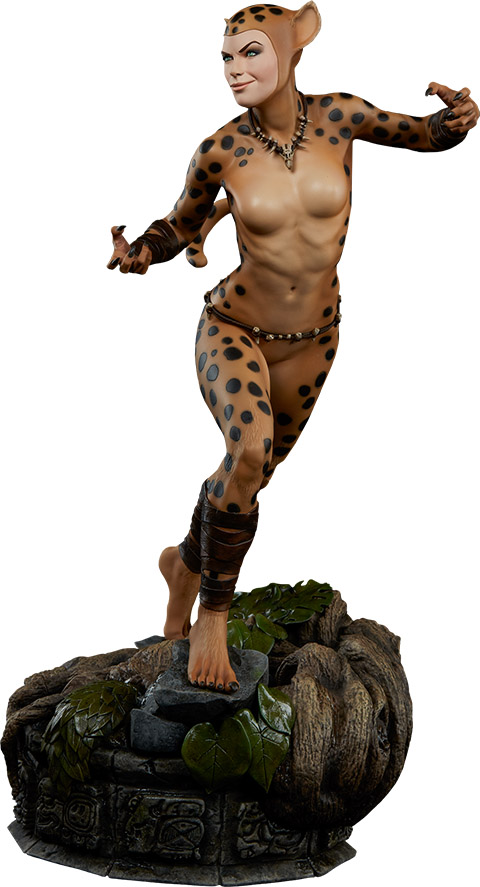 Two flavors of a classic Wonder Woman villain are served up with the Cheetah Premium Format Figure.

When Cheetah first clawed her way into the comics, she was just a very skilled woman wearing a cheetah costume. Later, because DC Comics apparently thought no mortal could stand up to Wonder Woman, a new Cheetah appeared, complete with mystical origin and the ability to shift into an animal/human hybrid form.

This 19-inch-tall statue lets you have both versions.

The Cheetah Premium Format Figure will be available Jul 2017 – Sep 2017 but it can be pre-ordered now for $449.99 at Sideshow Collectibles.

One of Wonder Woman’s adversaries trades her claws for a camera with the DC Comics Bombshells Cheetah Statue. In the comic books, Cheetah is interested in archaeology before she turns to a life of crime but this bombshell’s passion is capturing wildlife in photos, although […]