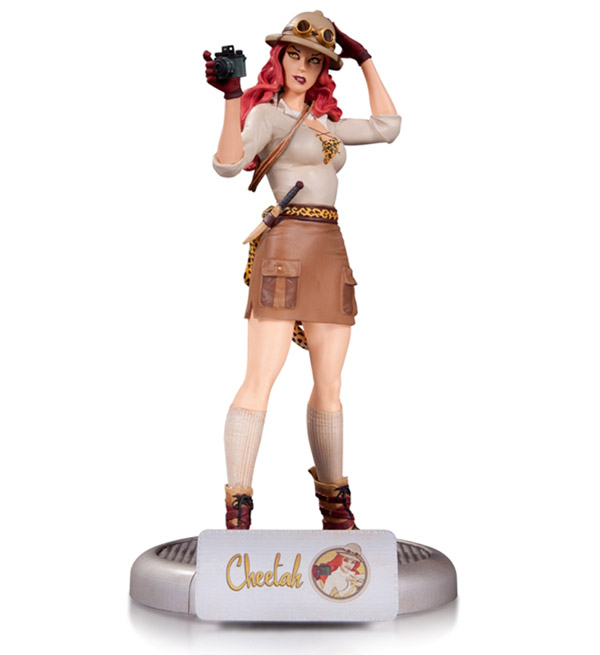 One of Wonder Woman’s adversaries trades her claws for a camera with the DC Comics Bombshells Cheetah Statue.

In the comic books, Cheetah is interested in archaeology before she turns to a life of crime but this bombshell’s passion is capturing wildlife in photos, although she still enjoys adding a little animal print to her safari wardrobe and the knife on her belt indicates that she still knows how to draw blood when the situation calls for it.

Designed by Ant Lucia and sculpted by Tim Miller and Sam Greenwell, Cheetah stands over 10-inches-tall as she surveys the animal kingdom, hunting for the perfect shot.

The DC Comics Bombshells Cheetah Statue will be available April 2016 but it can be pre-ordered now for $99.99 at Entertainment Earth.

Two flavors of a classic Wonder Woman villain are served up with the Cheetah Premium Format Figure. When Cheetah first clawed her way into the comics, she was just a very skilled woman wearing a cheetah costume. Later, because DC Comics apparently thought no mortal […]