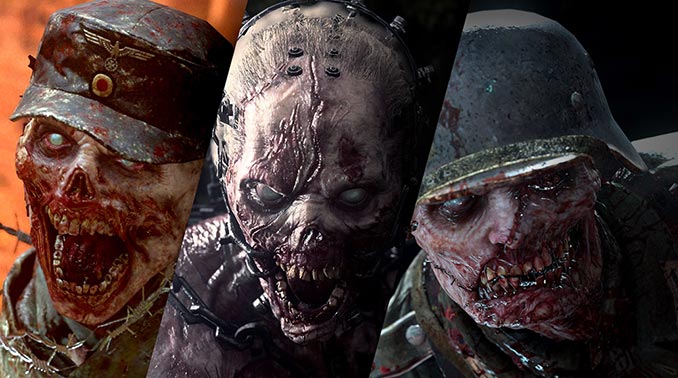 Last week there was a Call of Duty: WWII – United Front Trailer to showcase the new content coming in DLC3. However, that trailer didn’t include any of the new zombie content. They made up for that today with the release of the Call of Duty: WWII – “The Tortured Path” Nazi Zombies Trailer. The big news is that The Tortured Path includes 3 maps: Into The Storm, Across The Depths, and Beneath The Ice.

The Tortured Path is part of the United Front DLC Pack 3 for Call of Duty: WWII, which arrives tomorrow, June 26, for the PlayStation 4 and 30 days later for other platforms.

The Allied forces are crumbling under the relentless advance of the Final Reich. General Rideau decides to take one last, dangerous gambit: Transport the remaining pieces of Emperor Barbarossa’s legendary sword to the edge of the world. Make the sword whole again and deliver a final death to the Undying.