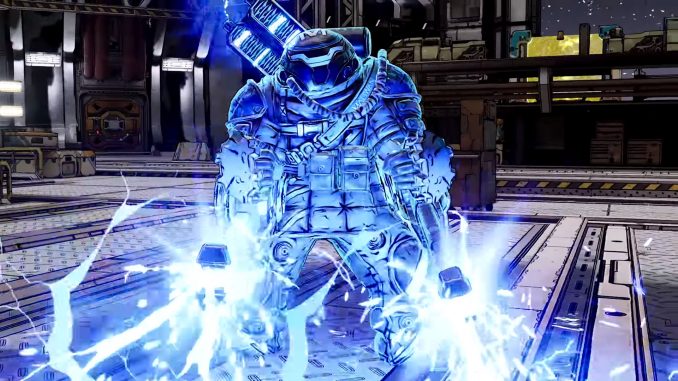 Borderlands 3 will be released on September 13, 2019, for the Xbox One, PlayStation 4, and Microsoft Windows. The PC version will be an Epic Games Store exclusive for the first six months.

More planets, badder enemies, and way, WAY more loot. Borderlands 3 brings the mayhem on a scale like never before.

If you want more information from the Gearbox development team, watch this recording of the Borderlands 3 Worldwide Gameplay Reveal Livestream:

See the first ever Borderlands 3 gameplay as well as commentary from the Gearbox development team on everything from the new Vault Hunters to interplanetary travel and sweet, sweet loot.

The original shooter-looter returns, packing bazillions of guns and an all-new mayhem-fueled adventure. Blast your way through new worlds and enemies as one of four brand new Vault Hunters, each with deep skill trees, abilities, and customization. Play solo or join with friends to take on insane enemies, collect loads of loot and save your home from the most ruthless cult leaders in the galaxy.

Borderlands 3 “So Happy Together” Trailer