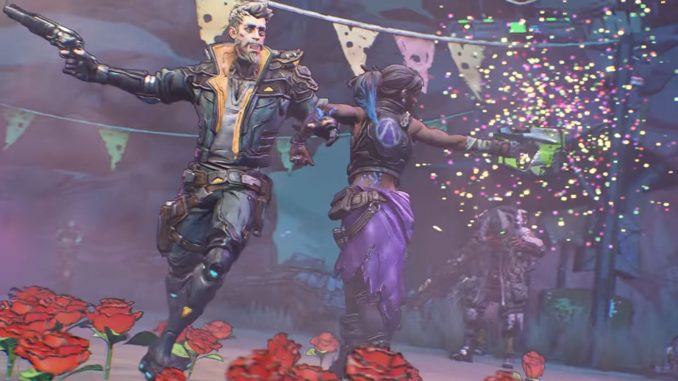 Watch the Borderlands 3 “So Happy Together” Trailer from Gearbox Software:

The original shooter-looter returns, packing bazillions of guns and an all-new mayhem-fueled adventure. Blast your way through new worlds and enemies as one of four brand new Vault Hunters, each with deep skill trees, abilities, and customization. Play solo or join with friends to take on insane enemies, collect loads of loot and save your home from the most ruthless cult leaders in the galaxy.

Add some fun to your desktop with this Borderlands Claptrap Talking USB Hub. It’s a 4 port hub, and each port can be used for data and charging. It not only looks just like the Hyperion CL4P-TP general purpose robot from Borderlands, it also says […]

At last your favorite weapon from your favorite game is available as a full size replica. This Borderlands 2 – Miss Moxxi’s Bad Touch Full Scale Replica looks amazing. This gun is made of polystone and features LED effects. This weapon is hefty. It weighs […]