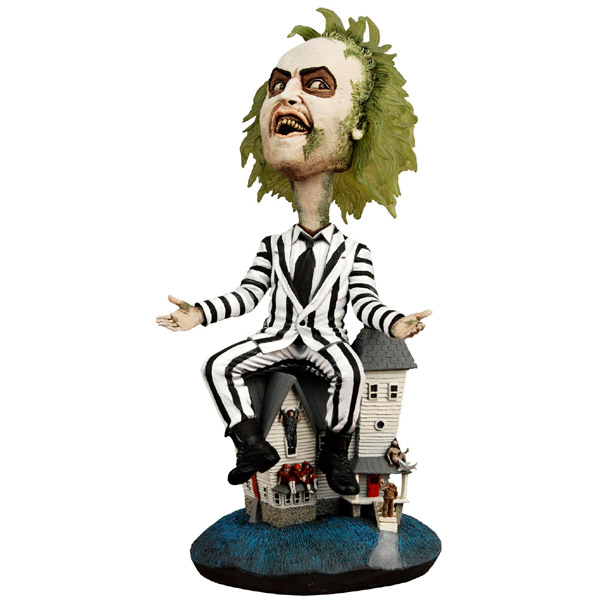 The ghost with the most can now be yours with the Beetlejuice Bobble Head. Just don’t say his name three times.

Every day can be showtime with this 6-inch-tall bobble head that features Michael Keaton’s popular bio-exorcist sitting on top of the house that originally belonged to the Maitlands and then was later owned by the Deetzes. The highly-detailed diorama base even includes a few of the other crazy characters that appeared in the wacky Tim Burton film.

Everyone’s favorite bio-exorcist is back on this eye-catching Beetlejuice Moonlight Graveyard Girls T-Shirt. Inspired by Michael Keaton’s character in the film, Beetlejuice, and wearing his very dapper and stylish black-and-white-striped tuxedo, the ghost with the most takes it easy and relaxes on a tombstone, just […]