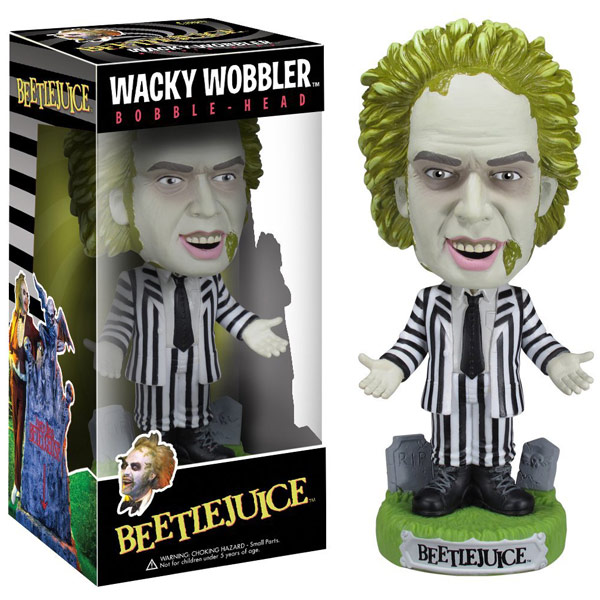 Show your love of the classic Tim Burton movie with this Beetlejuice Bobble Head. Just don’t say Beetlejuice three times or else Beetlejuice will appear. Oh no. I’ve done it now. Now I have to deal with Michael Keaton in makeup.

This Beetlejuice Bobble Head is going to be the comedian of your bobble head collection. He stands 7-inches tall and looks just like he did in the Tim Burton film. He is even standing in a graveyard and has the Beetlejuice logo on the base, too.

Fans of the film can get this guy for $11.25 at Amazon.com and $12.99 from Entertainment Earth. He’s harmless really.

Everyone’s favorite bio-exorcist is back on this eye-catching Beetlejuice Moonlight Graveyard Girls T-Shirt. Inspired by Michael Keaton’s character in the film, Beetlejuice, and wearing his very dapper and stylish black-and-white-striped tuxedo, the ghost with the most takes it easy and relaxes on a tombstone, just […]