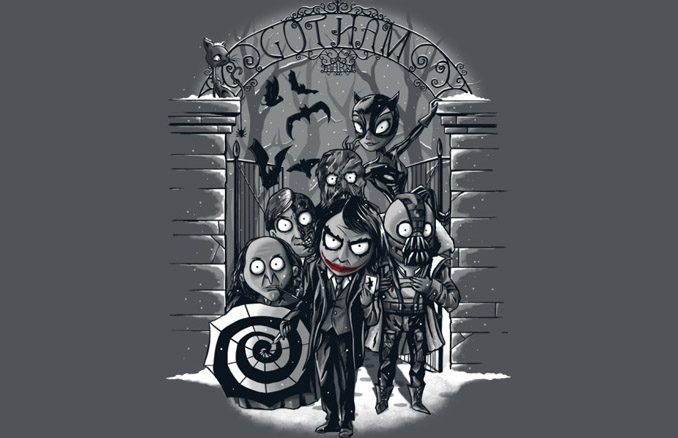 If Tim Burton did an animated Batman show, it would probably look a lot like the image on the Batman Winter In The City T-Shirt.

No, the gang from Nightmare Before Christmas didn’t get a sudden fascination with cosplay. This creepy cast of characters, which includes the Joker, Penguin, Bane, Two-Face, Scarecrow, and Catwoman, was created by artist Nacho Munárriz AKA 2mzdesign, and he’s done an excellent job of giving the villains of Gotham City a look that’s both cute and creepy at the same time. Except Catwoman. She just looks cute. And Joker. He just looks creepy. 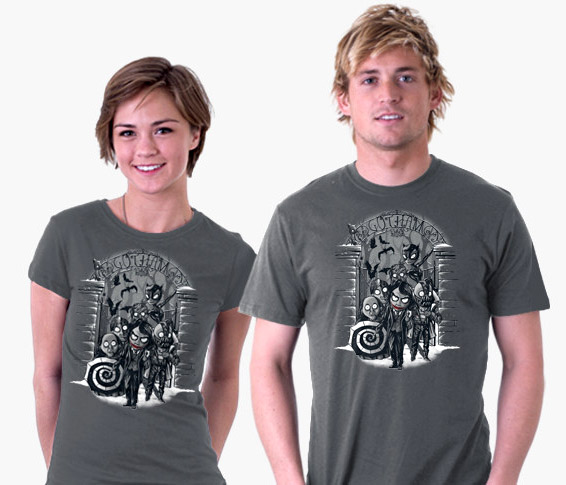 Poison Ivy, Harley Quinn, and Catwoman join forces on the Gotham City Sirens T-Shirt. When Gotham City villains need to be dealt with in such a way that even Batman doesn’t want to get his hands dirty, it’s up to the sometimes-villains known as the […]