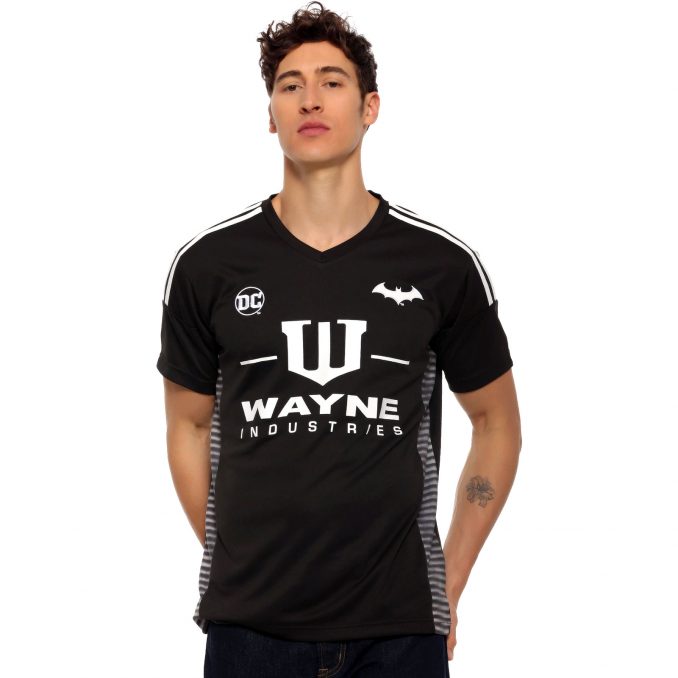 Who sponsors your soccer team? If you play for one of the top teams, it is likely an airline like Emirates or another large company. If you play in a small league, it is probably a local business that has some connection to players on the team. If you live in Gotham, it is possible that Wayne Industries, a subsidiary of Wayne Enterprises, could be your team sponsor, and you would wear this Batman Wayne Industries Soccer Jersey.

In any case, this Wayne Industries Soccer Jersey looks so cool that you’ll want to wear it even if you don’t play soccer. The front features the Wayne Industries, a DC logo, and the Batman logo. On the back is the name “B. Wayne” and the number 9. 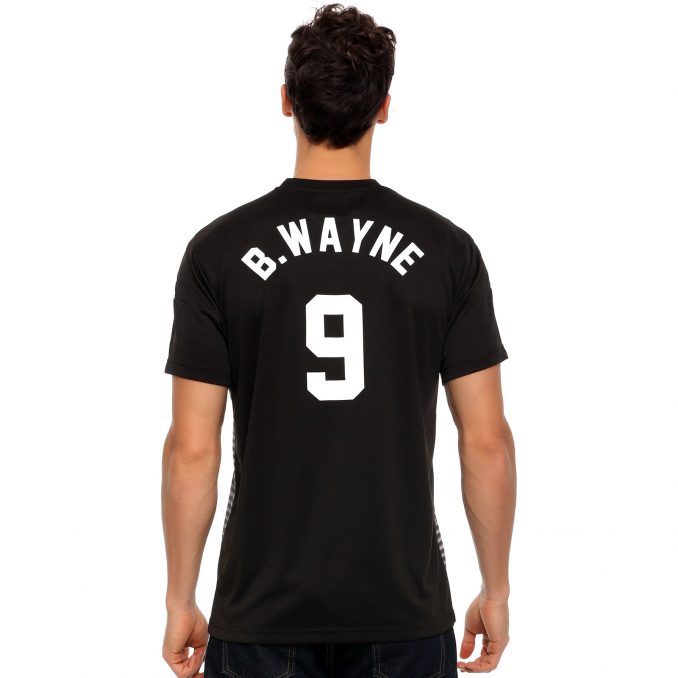 Wear this Batman soccer jersey not to hide who you are, but to create what you are. Features grey striped panels down the sides, Bruce Wayne graphics on the front and back, and DC Comics and Batman logo appliqués on the chest.

Available exclusively at BoxLunch, a Batman Wayne Industries Soccer Jersey will set you back $38.90.

Play some Soccer with the Caped Crusader. This Batman Symbol Size 5 Soccer Ball puts Batman on your team. The Dark Knight is all about helping you score some goals and this ball is perfectly sized for the little Bat-Fans. You can organize a game […]

This Death Star Soccer Ball will make you feel like Darth Vader every time you score a goal. Just play responsibly. No blowing up Alderaan. If you love Soccer as much as you do Star Wars, then this soccer ball is perfect. Best soccer ball […]

The Empire has it’s own Basketball team. Who knew? The Troopers are at the top of their game and they always win championships. Probably because the refs are afraid of Vader. This Stormtrooper Basketball Jersey is a must have for Star Wars fans who root […]

This Batman Gotham Athletics Jersey Robe is the perfect thing to wear if you are training to become Batman. Wear this in the ring and you will be well on your way to wearing a cape and cowl. Or while sitting on your couch. It’s […]