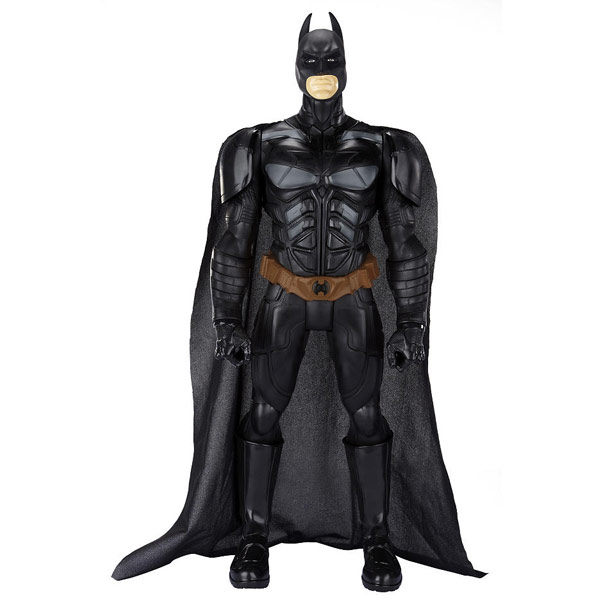 Batman is an intimidating guy and you want his action figure to represent the bat-eared one accurately, which is why you want the Batman Giant 31-Inch Action Figure. All other figures will be properly intimidated when confronted with this 2 1/2-foot toy.

The highly-detailed figure features nine points of articulation and looks pretty decent, considering they went with the silver suit worn by the caped crusader in 1997’s “Batman and Robin.” Don’t hate the toy because it’s not the toy’s fault, but it’s perfectly acceptable to continue hating the movie.

The Batman Giant 31-Inch Action Figure is available for $29.97 at Walmart.com. Also at Toys R Us and Amazon.com.

This Batman Big Caped Crusader Bi-Fold Wallet really makes a statement with nice bold colors and a retro style. Carry this in your utility belt while out and about in Gotham. This stylish wallet measures 4.5 inches wide and 3.5 inches high and shows the […]