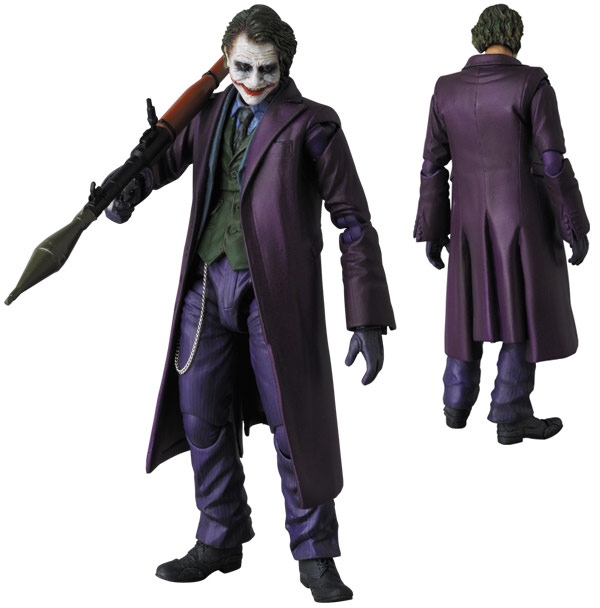 You won’t have to worry about looking so serious with the Batman Dark Knight Joker Miracle Action Figure, which lets you recreate some of Heath Ledger’s iconic moments as the Joker in The Dark Knight.

Standing 6-inches tall, the Clown Prince of Crime is ready to let the insanity loose with an assortment of weapons, alternate hands, and interchangeable heads… which basically lets the Joker go from one menacing expression to another menacing expression. He’s also wearing his recognizable purple and green outfit, which might be viewed as funny if someone other than a crazy clown was wearing it. 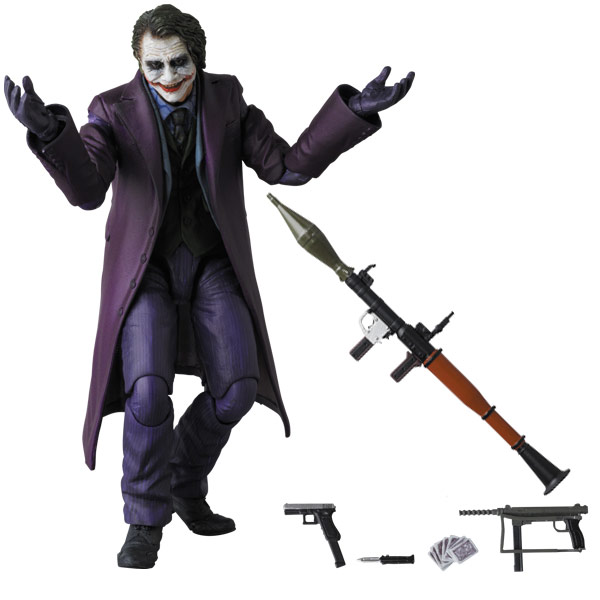 Don’t let the joke be on you. The Batman Dark Knight Joker Miracle Action Figure will be available May 2015 but it can be pre-ordered now for $49.99 at Entertainment Earth.

This Batman The Dark Knight Movie Joker Version 2 Miracle Action Figure looks pretty stunning and is based on the Joker’s first appearance in The Dark Knight! It has some amazing detail and the likeness is uncanny. Some might say insane. This action figure includes […]

This Dark Knight Rises Selina Kyle Miracle Action Figure has everything you want in a Catwoman statue, except the ability to bat her eyelashes at you and say meow. It is an exquisite recreation of the sexy burglar portrayed by Anne Hathaway in the 2012 […]

We can never get enough Batman, no matter who is playing him on the big screen or what he is doing in the comic books. This Batman The Dark Knight Rises Movie Batman Miracle Action Figure Version 2 looks pretty awesome. This action figure is […]

Get ready to indulge in some serious web-swinging, wall-crawling action with the Amazing Spider-Man 2 EX Deluxe Set Miracle Action Figure, featuring a wide assortment of accessories that might have you changing your name to Peter Parker. At some point (with the exception of Batman […]