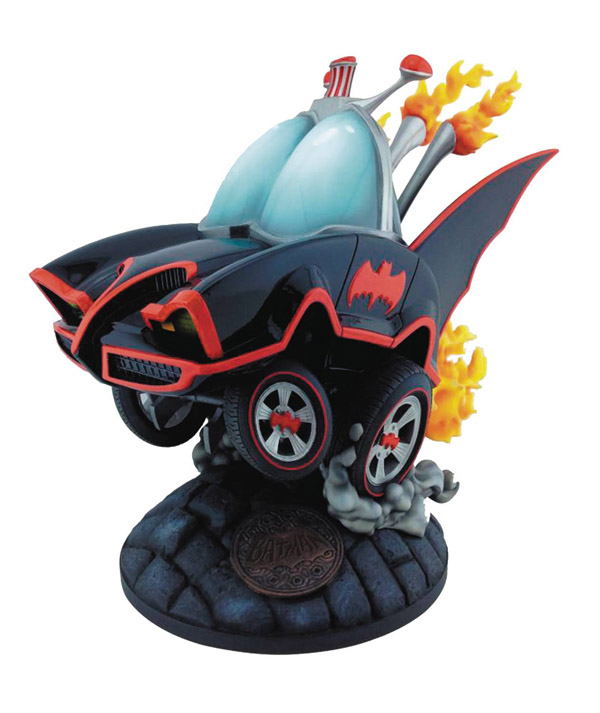 If Bruce Wayne had a thing for hot rods – and he lived in a cartoon world – it’s easy to picture him going for a crime-busting, speed-limit-breaking car like this.

Standing 10-inches tall, the stylized Batmobile features the iconic paintjob of the Batmobile in the popular 1966 TV series but some toon flair has been added to create an original and unique look. The base features a burnished manhole cover stamped with the logo of the classic television show.

The Batman Classic 1966 TV Series Stylized Statue will be available January 2017 but it can be pre-ordered now for $124.99 at Entertainment Earth.

One of the most annoying things when it comes to the kitchen sink is having it get all clogged up. To solve the problem, you could of course get a drain cover to prevent any unwanted gunk from going down the drain. But while you’re […]

Slow down there buddy or you might just fall into the manhole. But if it’s the Manhole Doormat that’s sitting quite prettily (in a grungy sort of way) on your doorstep, then by all means, give it a good stomp lest you bring in all […]

Save up your money the Batman way. This Batman Classic 1966 TV Series Batmobile Bank is the perfect vehicle for saving your money in. Once you have enough saved, you can buy even more cool Batman merchandise. The Batmobile has a lot more under the […]