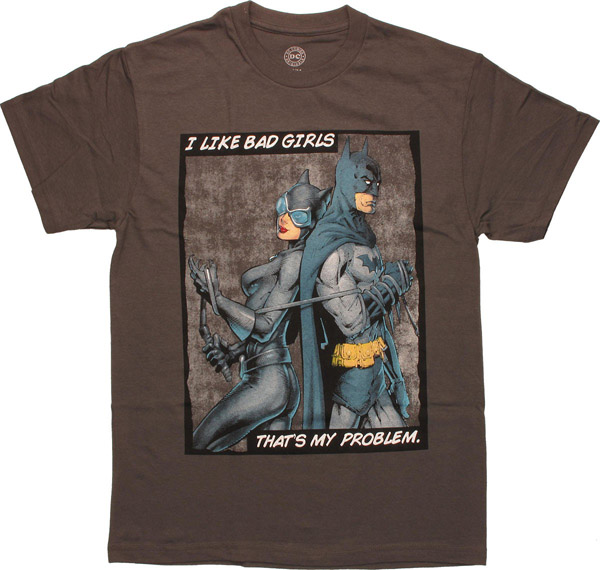 Bruce Wayne has a problem and his secret is revealed on the Batman Catwoman ‘I Like Bad Girls’ T-Shirt.

It’s no surprise that someone who runs around at night dressed like a giant bat has a few problems, but Batman has finally admitted the biggest one… and admitting you have a problem is half the battle.

The charcoal tee features Batman wrapped-up in Catwoman’s whip, and the Dark Knight doesn’t appear to have a problem with that situation. It’s obvious the cat burglar has stolen his heart as he admits that he likes bad girls.

The DC Bad Girls Are Good Women’s T-Shirt brings us three familiar faces from the Batman comic books, with the iconic characters stealing attention by slipping back into classic looks. Catwoman has slowly evolved her look into something slick and lean, very much like a […]

Burglar alarms like the Doorstop Burglar Alarm provide peace of mind with their piercing klaxon-like sounds that pierce the night and wake the neighbors. But what if an intruder isn’t scared off by loud noises? The Burglar Blaster can handle those suckers.