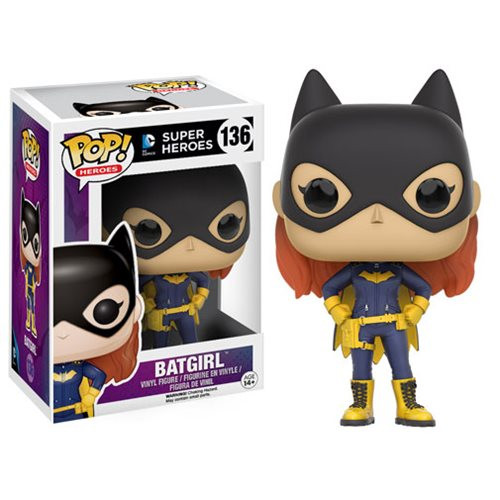 It doesn’t matter if you’re heading to Burnside or Gotham (or someplace that isn’t fictional), the Batman Batgirl 2016 Version Pop! Vinyl Figure will keep you company as you go there.

Standing approximately 3 3/4-inches tall and based on the designs of Babs Tarr (isn’t that a cool name?), the Dark Redheaded Knight is ready to wow you with her fashion sense. Gone is the costume that looked like a female version of Batman’s outfit, with Babs now sporting a trendy purple and yellow costume that looks just as good in selfies as it does in a fight with the bad guys.

The Batman Batgirl 2016 Version Pop! Vinyl Figure will be available October 2016 but it can be pre-ordered now for $10.99 at Entertainment Earth.

Hop onto your Batcycle because it’s time to take a trip into the past with the Batgirl Classic Version Rock Candy Vinyl Figure. Before the purple Batgirl of Burnside outfit, before the Batgirl in black outfit, there was Commissioner Gordon’s daughter fighting crime in this […]