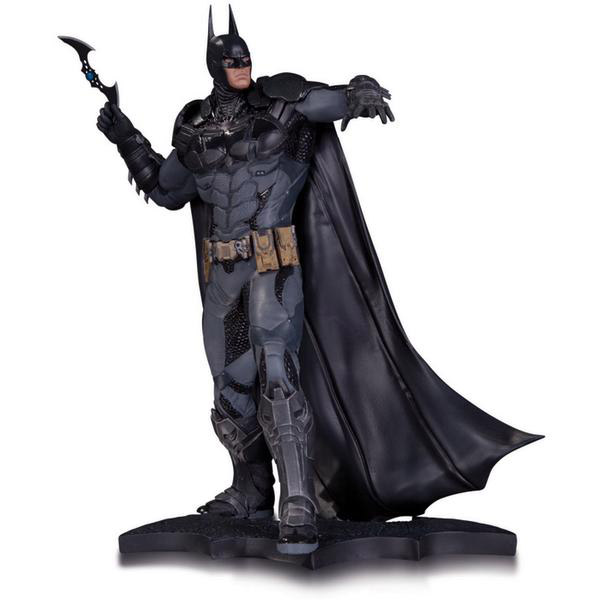 The Batman Arkham Knight Statue, based on the highly-anticipated Arkham Knight video game, features the Dark Knight with one of his toughest looks yet.

The various Arkham series video games always show just how bad things can get in Gotham City… which isn’t exactly a place of sunshine and warm fuzzies to begin with. Of course, Batman always has the right clothes for the job, because he’s Batman and he believes in being prepared for things you haven’t even dreamed of yet.

With his batarang at the ready, the 9.5-inch statue, standing on a bat-shaped base, features the Caped Crusader with a heavily-armored look that appears more than capable of taking blows from the various baddies in his Rogues Gallery.