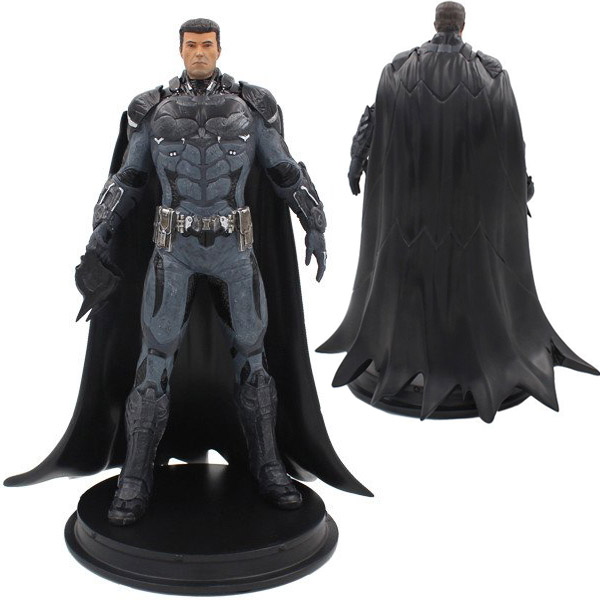 Bruce Wayne reveals himself to be the man behind the mask on the Batman Arkham Knight Unmasked Batman Paperweight Statue.

In the harsh world of the Batman: Arkham Knight video game, the Scarecrow forces Batman to reveal his true identity to Gotham City.

That moment is immortalized on this approximately 8-inch-tall polystone paperweight statue that features an unmasked Bruce Wayne standing defiantly in his Batsuit, holding his cowl in his right hand.

The Batman Arkham Knight Unmasked Batman Paperweight Statue will be available January 2017 but it can be pre-ordered now for $49.99 at Entertainment Earth. Price comparisons and discount alerts on the paperweight can be tracked at Rout.com.

Barbara Gordon’s video game alter-ego steps into the real world with the Batman Arkham Knight Batgirl Paperweight Statue. Based on her appearance in Batman: Arkham Knight, this approximately 7-inch-tall statue features Batgirl wearing an outfit that looks a bit more intimidating than her purple Burnside […]