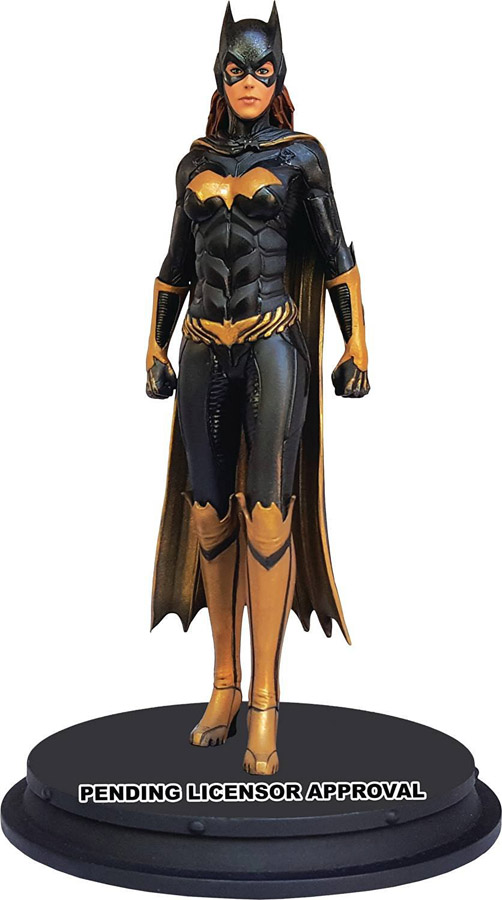 Based on her appearance in Batman: Arkham Knight, this approximately 7-inch-tall statue features Batgirl wearing an outfit that looks a bit more intimidating than her purple Burnside fashion.

The paperweight is pending approval and I wish they’d add a little red to Batgirl’s hair but the brownish color does fit the video game character.

The Batman Arkham Knight Batgirl Paperweight Statue will be available January 2017 but it can be pre-ordered now for $49.99 at Entertainment Earth.

Barbara Gordon is armored up and ready to give the Dark Knight a hand with the Batman Arkham Knight Batgirl 1:10 Scale Statue. Based on the character in the Batman: Arkham Knight video game, this approximately 8-inch-tall polystone statue features Batgirl, with batarang in hand, […]

Since baseball season is in full swing, the “Safe” Paperweight is a clever way to keep your ballgame tickets and stacks of paper safe from flying away. Made to look as if a young little leaguer is sliding on his belly to reach base, the paperweight captures […]

Hey small business owners, do your part and give someone a job. Hire this Zombie Paperweight to keep guard of all your precious office documents. Since he has no arms or legs, I’m sure you’ll find him quite accommodating; just don’t put your fingers too […]