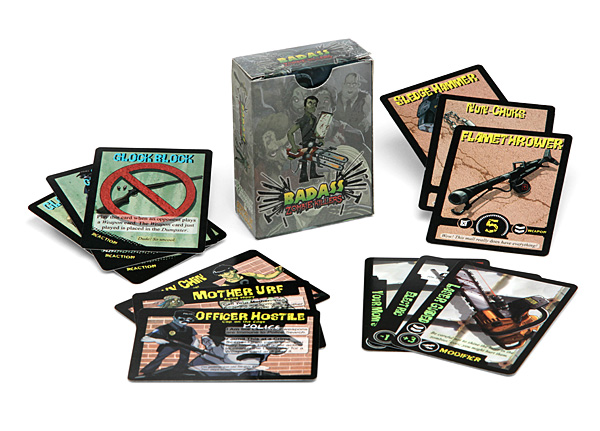 In the Badass Zombie Killers Card Game the object of the game is to build the most badass zombie killing weapon you can, while sabotaging everyone else’s weapons. Hearing the Beastie Boys song “Sabotage” in your head while doing so is optional.

You play until you get an End card, revealing the fate of all the players. This is zombie killing fun that everyone will love. 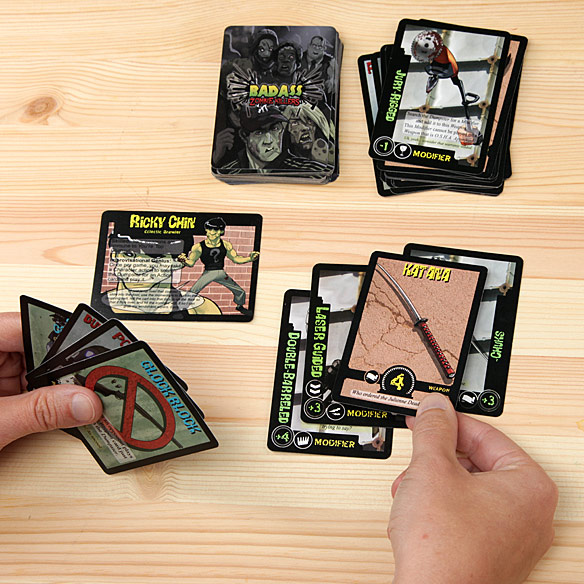