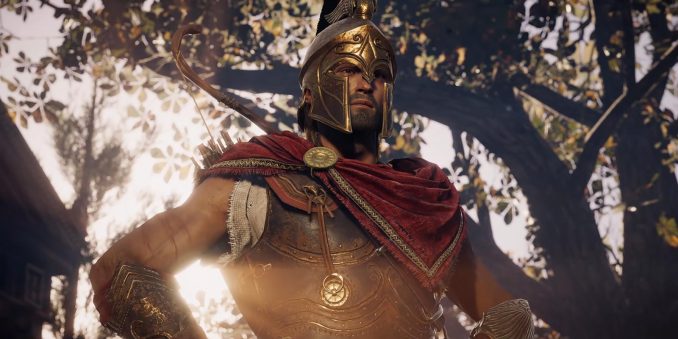 If you already watched the Kassandra Trailer, you’ll have some serious deja vu from the Assassin’s Creed Odyssey: Alexios Cinematic Trailer. That’s because the narration and much of the video is the same, just with Kassandra replaced with Alexios. These are the two Spartan outcasts-turned-mercenaries that players can choose between as their character in the game.

Assassin’s Creed Odyssey is set in Ancient Greece in the 5th century BCE, centuries older than any other game in the franchise. Players are free to forge their own destiny during the Peloponnesian War, as they explore a huge open world with a diverse landscape of mountains, forests, cities, and beaches. There’s also plenty of open water to traverse from the helm of a trireme warship as you hunt pirates and engage in open-world naval gameplay.

Launching on October 5, 2018, Assassin’s Creed Odyssey will be available for the Xbox One, PlayStation 4,  and PC. You can pre-order it now from Best Buy, where they offer an exclusive $10 reward as well as the preorder bonus: early access to The Blind King mission.

Assassin’s Creed Odyssey will be available in standard, Deluxe, Gold, and Ultimate Editions. The Deluxe Edition adds gear packs and a naval pack, as well as XP and currency boosts, while the Gold Edition includes the Season Pass and grants early access to the game starting October 2. The Ultimate Edition, meanwhile, contains the Season Pass and the Deluxe Edition content, as well as early access beginning October 2. Additionally, players who preorder the game will get an additional mission, “The Blind King.”