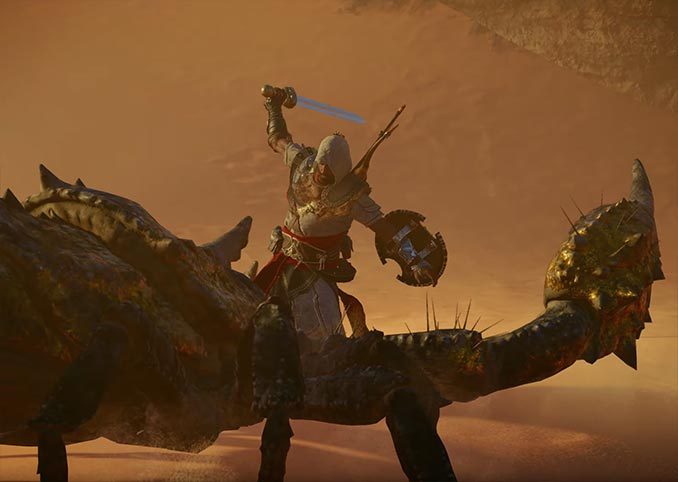 Ubisoft just released a new Assassin’s Creed Origins: The Curse of the Pharaohs DLC Trailer that you can watch to learn about the new DLC available for download on all platforms tomorrow, March 13. The trailer is available in 4K 2160p60 Ultra HD and features real gameplay footage that looks fantastic. Fighting humongous scorpions should be fun!

Curse of the Pharaohs, the third major expansion for Assassin’s Creed Origins, takes Bayek to find a mysterious artifact in Thebes, where he immediately runs into much more than he bargained for. Instead of the shadowy-but-still-human Order of the Ancients, he finds undead pharaohs materializing in the streets and slaughtering civilians.

The dead seek justice in the new Assassin’s Creed Origins mythology expansion, The Curse of the Pharaohs. Available to download on all platforms March 13.

This new trailer looks good and features real 4K gameplay footage, but if you want more details on what is included in The Curse of the Pharaohs DLC, the video from two weeks ago gives much more information.

Set in mysterious Ancient Egypt, Assassin’s Creed Origins is a new beginning. Experience a new way to fight while exploring the Great Pyramids and hidden tombs across the country of Ancient Egypt, and encounter many memorable storylines along your journey. Uncover lost tombs, explore the pyramids, unearth the secrets of the mummies, the gods, and the last pharaohs. And discover the origin story of the Assassin’s Brotherhood.