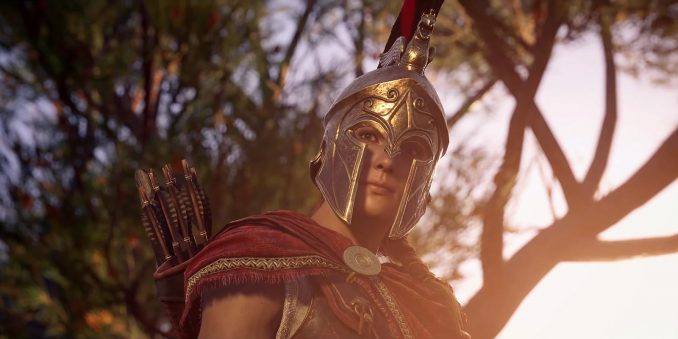 Today at Gamscom 2018, Ubisoft released the Assassin’s Creed Odyssey: Kassandra Cinematic Trailer. It introduces you to the game, which takes place in Ancient Greece in the 5th century BCE while highlighting Kassandra, one of two Spartan outcasts-turned-mercenaries you can play as. (The other being Alexios.)

Assassin’s Creed Odyssey will be available on October 5, 2018, for the PlayStation 4, Xbox One, and PC. Pre-order it from Best Buy to get an exclusive $10 reward as well as the preorder bonus: early access to The Blind King mission.

Assassin’s Creed Odyssey’s Ancient Greece is a world where myth and reality are intertwined, where the gods loom over all aspects of daily life and strange creatures are rumored to lurk in forbidden areas – and at Gamescom, this was revealed to be more than just superstition. This is an Ancient Greece where powerful Mercenaries wield incredible strength and skill, where legendary beasts wait to devour all but the strongest adventurers, and where the monsters you thought were only stories are real.