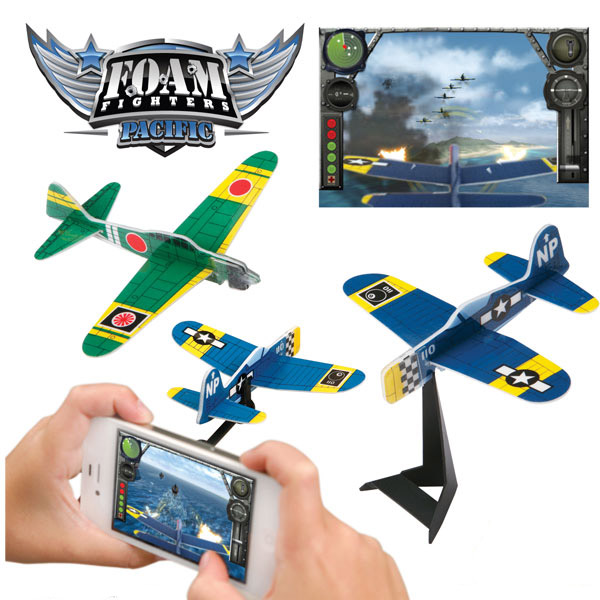 You can take to the skies and defend against evil and tyranny with the App Gear Foam Fighters, and you don’t even need a pilot license to become a warrior of the airways.

To take part in the high-flying action, all you need to do is attach the foam fighter to your iOS or Android smart device, power up the app, and prepare to become immersed in some augmented reality action by taking on missions that include dog fights, bombing runs, landing and refueling, and escorting units.

Playing as either Axis or Allied forces, you can battle up to eight of your friends in three distinctive historical battles: Battle of the Pacific, Battle of Britain, or Battle of Europe.

The App Gear Foam Fighters are available for $9.99 at the Amazon.com.

This Foam Cosplay 31″ Battle Axe is made of foam, so it i perfect for cosplay. The foam is durable, but no so hard it will sever limbs. It withstands up to 80 lbs. of pressure and looks authentic. This is a fine weapon for […]

The next time you have a party, march these little soldiers to your food and stick them on to give your guests a good laugh. Food Fighters Army Men Party Picks will guard the perimeter and make sure that your guests take only their fair […]

Video game addicts who can’t get their fill on a console or PC will want to check out this App Gear Elite Command-AR Game. Just mount your phone on the gun and as with most popular games, shoot things dead. It looks like a fun […]