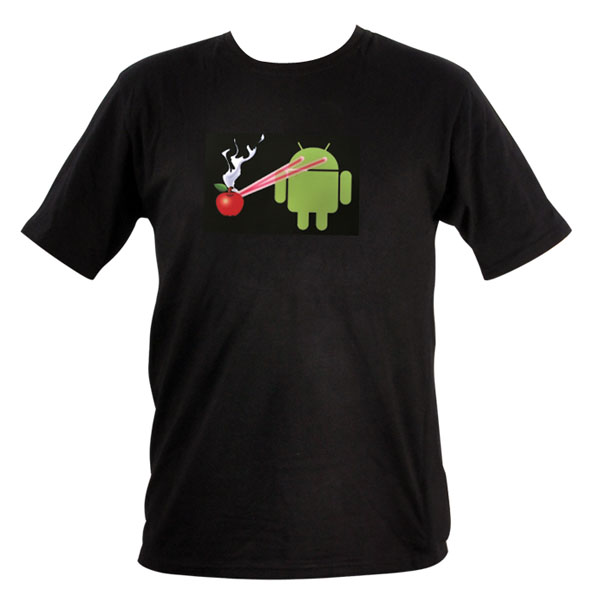 The debate about which is better, Android vs. Apple, is almost as touchy as religion and politics. I believe even close friendships and marriages have been dissolved as a result of irreconcilable differences. If you are batting for the Android team and are proud of it, you will love sporting the Sound Activated Android vs. Apple T-Shirt.

Walk into the Apple store and see what people think when you activate the sound and light show. Call it your “instigator shirt,” because you’re bound to get yourself into some trouble when you flaunt it in public. Apple personnel might have security quickly escort you out the door. The bright side is that you can bet on gaining instant friends who’ve got your back. 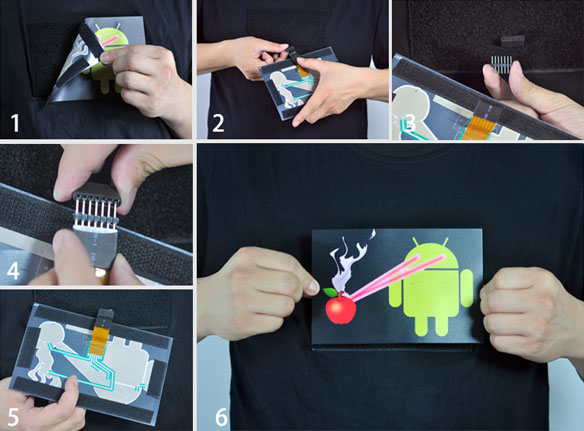 The war between Android and Apple is larger than ever and it’s time to show off your pro-Android/Google pride with this cool light up Electro Luminescence (EL) t-shirt.

There can only be one and if you want to tell the world you’re pro-Android, then do it in style with this EL shirt. The clever design on the front shows everyone’s favorite Android mascot shooting lasers out of its eyes at a poor old Apple. But that’s not all – the shirt also responds to noise and lights up! So the next time you see someone with an iPhone 4S in one hand and iPad 3 in the other, make some noise and watch as the lasers beam red with life, letting them know Android is clearly cooler. 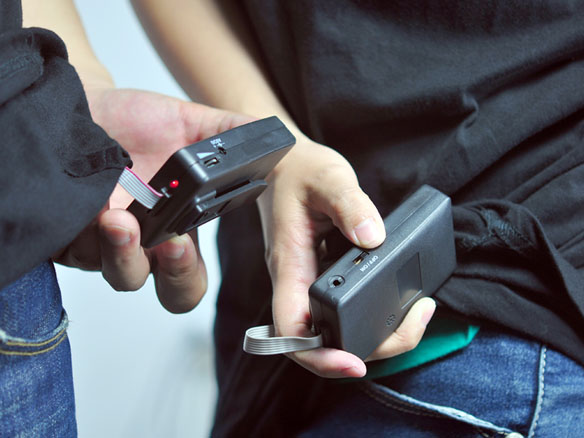 The Sound Activated Electro Luminescence Android vs. Apple T-Shirt is available in XL at Chinavision for $8.41 CAD. Prices are reduced when you order several, in case you are buying for a whole team that also backs Android.

Sure, Spidey got top billing in his latest movie but everybody knows he’s not the one who had the most electric personality, and you can bring that guy home with the Amazing Spider-Man 2 Electro Sixth Scale Figure. Standing 12-inches tall and featuring a likeness […]

Two popular icons of the tech world come together for a hilarious visual on the Android Eats Apple T-Shirt, which is sure to provide a laugh for fans of the Android operating system. Android looks a little hungry as he takes a bite out of […]

Do you have such an intense love for the Android? If you’ve already got the oh-so-huggable Android Squishables Plush Toys lying around on your sofa at home and wished that there was some way you can take a bit of that Android lovin’ with you […]

If you love texting on your Android device but hate the brutal workout your thumbs receive, the NFC Android Wireless Keyboard lets you combine typing on a keyboard with texting on your phone. NFC, which stands for Near Field Communications, is a contactless, WiFi-like technology […]