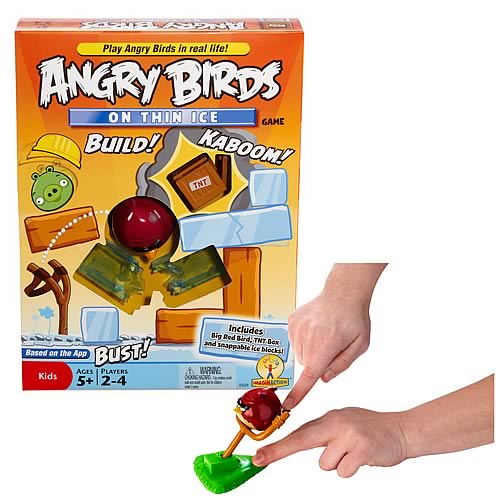 By now everyone knows about or has played the Angry Birds games. For angry birds, they sure have a lot of fans. A lot of merchandise too. Like this Angry Birds On Thin Ice Game.

The idea is to build this set, then launch your bird and destroy it. You get pigs with helmets, breakable ice block building pieces, an “exploding” TNT box and the large red bird character. If you love Angry Birds, you’ll love this game.

Only $17.99 from Entertainment Earth. The birds may be angry, but you won’t be at that price. Also check out the Angry Birds Knock On Wood Game.

Update February 2012: Angry Birds On Thin Ice Board Game is available for $23.99 at ThinkGeek.com.