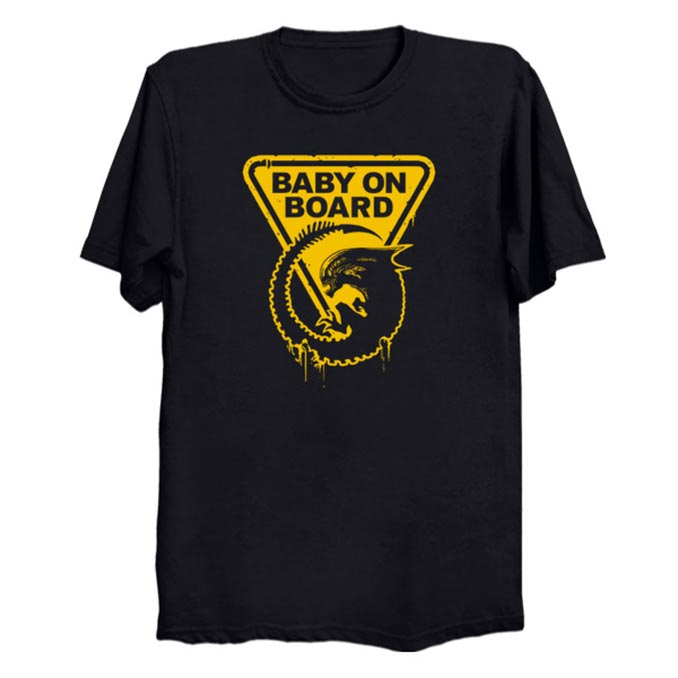 This hilariously clever Alien Unexpected Parenthood T-Shirt takes the Baby On Board sign, which was a popular fad in the 1980s for parents to have on their car, and combines it with a chestburster from the Alien franchise.

As you probably know, an alien Xenomorph starts as an egg laid by the queen. Eventually, a facehugger hatches from the egg and it attaches to a host to implant an embryo. That embryo grows until it erupts from the host’s body as a chestburster. It continues to feed and grow into a mature Xenomorph. This Alien Unexpected Parenthood T-Shirt implies you have a chestburster growing inside your body that may break out at any moment. 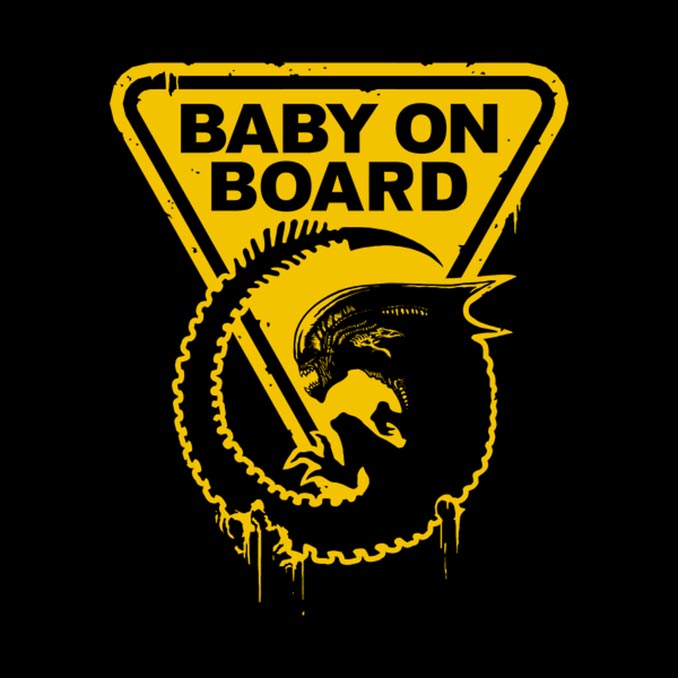 Commemorate one of the most iconic movie scenes ever with this Alien Chestburster Hoodie. In the original 1979 Alien movie, it was quite shocking when a baby alien burst out of Kane’s (John Hurt) chest, and you can try to recreate that shock on your […]