This Alien Egg with Launching Facehugger & LED Lights is the amazing Alien toy you have been waiting for. This Alien egg from the Aliens movies has facehugger launching action.

Just push a button and a Facehugger launches out. How cool is that? 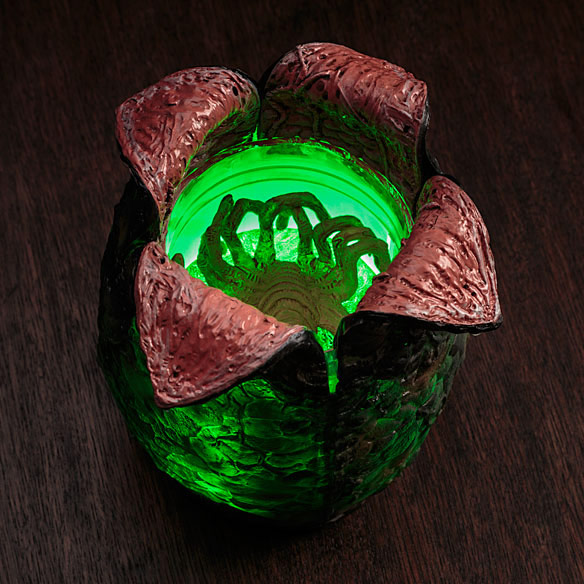 The Alien Egg with Launching Facehugger & LED Lights is $29.99 from ThinkGeek.com.

Park this Alien Ovomorph Egg Cookie Jar in your kitchen and watch everyone be way too scared to steal your cookies. No one wants to get attacked by an alien. This cookie jar has a cool Facehugger lid that will keep others away. Alien Ovomorph […]

There are lots of fun masks out there, but none are as horrifying and awesome as the Alien vs. Predator Requiem Facehugger Alien Deluxe Mask. You are going to rule Halloween this year. It’s also perfect for cosplay and cons. The eyeholes are covered in […]