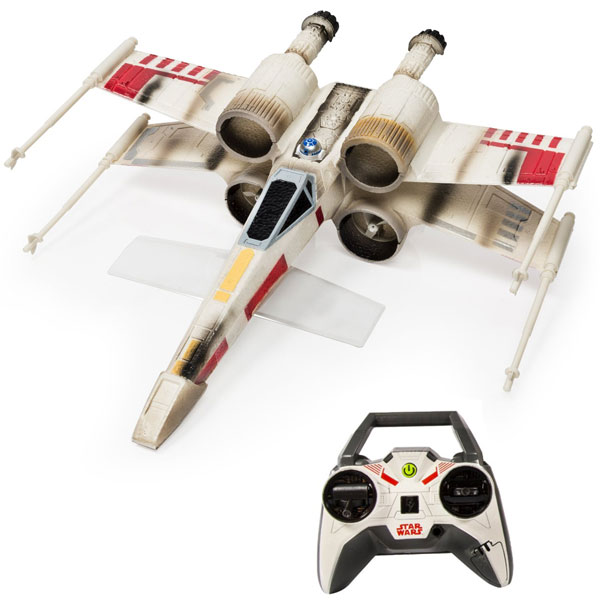 Soar through the sky defending either the Rebels or the Resistance with the Air Hogs Star Wars X-Wing Fighter Vehicle.

You’ve already got your sights locked onto the Air Hogs Star Wars Ultimate Millennium Falcon Quad Vehicle but you want more! No problem because Air Hogs also lets you take control of the iconic X-wing Fighter, which has been used for everything from helping take out two Death Stars to getting Luke to Dagobah so he could begin his Jedi training with Yoda.

The vehicle uses true ducted fans embedded in its wings to power its flight, is made from crash-resistant materials, and has a flying range of up to 250 feet away.

The Air Hogs Star Wars X-Wing Fighter Vehicle will be available October 2015 but it can be pre-ordered now for $79.99 at Entertainment Earth. Available now at Target.com and Amazon.com for $69.99.

It doesn’t matter if you prefer the Rebels or the Imperials, the Star Wars X-Wing and TIE Fighter Prints are a must-have for Star Wars fans because the awesomeness of these iconic spacecraft has been duplicated but never replicated. The adventures of Luke Skywalker introduced […]