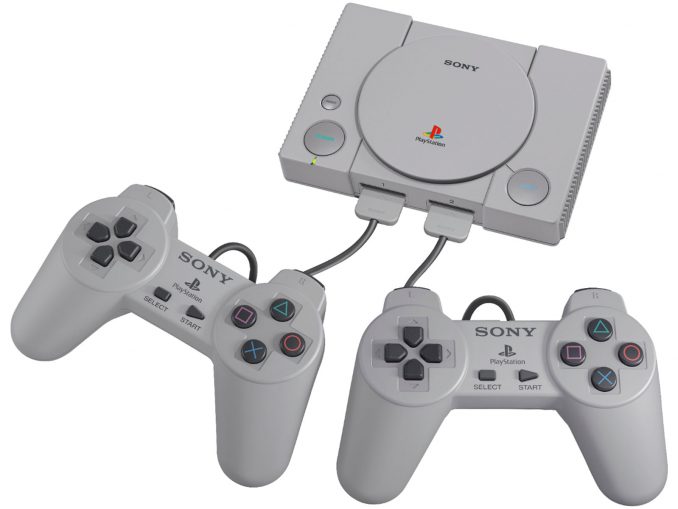 As you may recall from before, this new PlayStation Classic Console looks like the original PlayStation, just quite a bit smaller. It also is super easy to use with modern televisions, as you simply plug it into an HDMI port. (HDMI cable included.) Included are two classic controllers, so you can compete head-to-head in games.

Fans of the Oddworld franchise will want to head over to Kickstarter to back the Oddworld: Abe’s Origins – Book & Game Collection. It is designed to offer fans the chance to “explore, play and celebrate the origins of one gaming’s most iconic characters.” Backers […]

If that Pac-Man Lamp was too retro for you, perhaps this Playstation Icons Lamp is more your style. It features the famous symbols from the classic Playstation controller, the green triangle, red circle, blue x, and pink square. This was the first home gaming console […]

This PlayStation Controller Alarm Clock is just what you need to get your day off to a great start. Each morning when it goes off just seeing it will have you thinking of your PlayStation and all the fun games you’ve played. That should provide […]

Remember the old Holga cameras that created all the whacky effects in photos? The digital era had left those eccentric artistic expressions in the bygone past but Holga has finally caught up to the present with the Holga iPhone Lens Filter Kit, which lets you […]

Today Yakuza Kiwami 2 will be released for the PlayStation 4. Although it is a PS4 console exclusive, there are a couple of different buying options, so read through to the end of this article. Originally released in Japan last December, today (August 28, 2018) […]