If you like shark movies like Jaws or The Meg, you’ll want to check out the 47 Meters Down: Uncaged Final Trailer. This adventure horror movie, which is the sequel to the 2017 film 47 Meters Down will be in theaters on August 16, 2019.

Watch the 47 Meters Down: Uncaged – Final Trailer from Entertainment Studios:

The film follows the story of four teen girls diving in a ruined underwater city, who quickly find themselves in a watery hell as their fun outing turns into heart-stopping fear when they learn they are not alone in the submerged caves. As they swim deeper into the claustrophobic labyrinth of caves they enter the territory of the deadliest shark species in the ocean.

If you missed it, here is the Official Trailer that was released in July:

The first 47 Meters Down: Uncaged trailer was the Teaser Trailer:

Here is the 47 Meters Down: Uncaged theatrical poster: 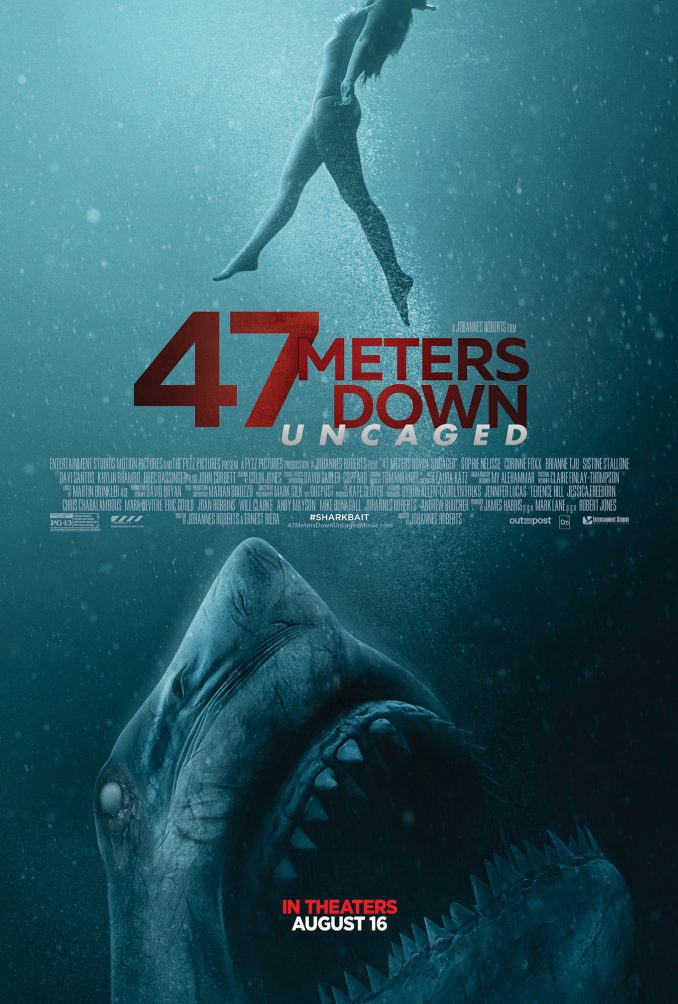 You know that expression when someone says a person has “a heart of gold.” Sometimes we geeks take things so literally that we start imagining anatomical hearts of gold that look like the one in this Heart of Gold Lapel Pin. Give this pin to […]