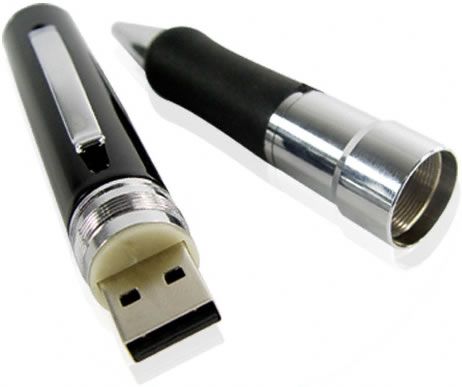 Sitting in your shirt pocket, standing in the pen cup or lying on the desk no-one will ever notice as you secretly capture their every move. The built in flash stores the video until it is ready to be downloaded to a computer via USB, and with 1GB of memory you’ll get almost 3 hours of recording time.

The video is encoded on the fly through a buffer system to MPEG 4 and if the battery runs low during a recording session the pen will ensure it writes the video from the buffer to flash before shutting down. All video is captured with audio making this the perfect tool for recording confessions, secret rendezvous or interviews.

The pen itself is an attractive writing instrument with a gloss black finish on the main body, rubber finger grip and chrome detailing. 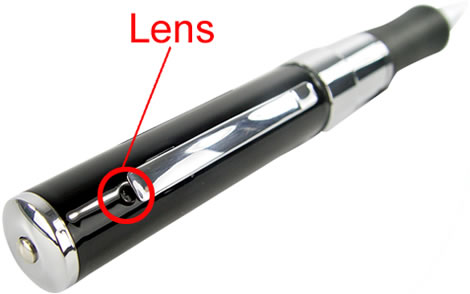 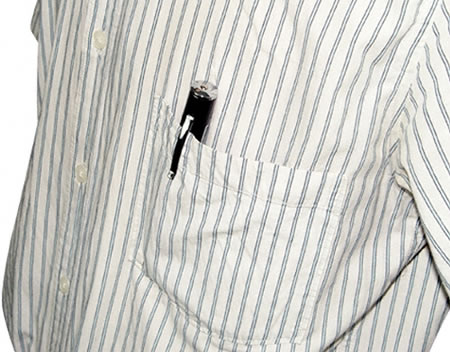 The Secret Agent Pen Camcorder with Audio (1GB) is available over at the Chinavsion website for 138.18 EUR (about $212 USD).

This silver ballpoint pen works an a USB drive and allows you to secretly – if the size of the pen won’t blow your cover, that is – record video in AVI format.

This waterproof LED flashlight comes with a nice bonus feature; it’s capable of recording video in a 640 x 480 pixel AVI format and store the material onto the built-in 4GB memory. The video files can later easily be transferred to your computer via USB. […]