Two young British privates have a nearly impossible mission, but if they’re successful they can save 1,600 fellow soldiers, including the brother of one of the privates. Check it out in the 1917 Official Trailer #2, the follow up to the 1917 Movie Trailer.

Written and directed by Sam Mendes, the Academy Award-winning director of Skyfall, Spectre and American Beauty, 1917 stars George MacKay as Private Schofield and Dean-Charles Chapman as Private Blake. The cast includes Benedict Cumberbatch, Richard Madden, Colin Firth, Mark Strong, Andrew Scott, Claire Duburcq, and Daniel Mays. It will have a limited release in theaters on December 25, 2019, followed by a wide release on January 10, 2020.

The film is produced by Neal Street Productions for DreamWorks Pictures in association with New Republic Pictures. Universal Pictures will release the film domestically in limited release on December 25, 2019 and wide on January 10, 2020. Universal and Amblin Partners will distribute the film internationally, with eOne distributing on behalf of Amblin in the U.K.

Here is the latest movie poster for 1917 (and yes, it does resemble the first poster): 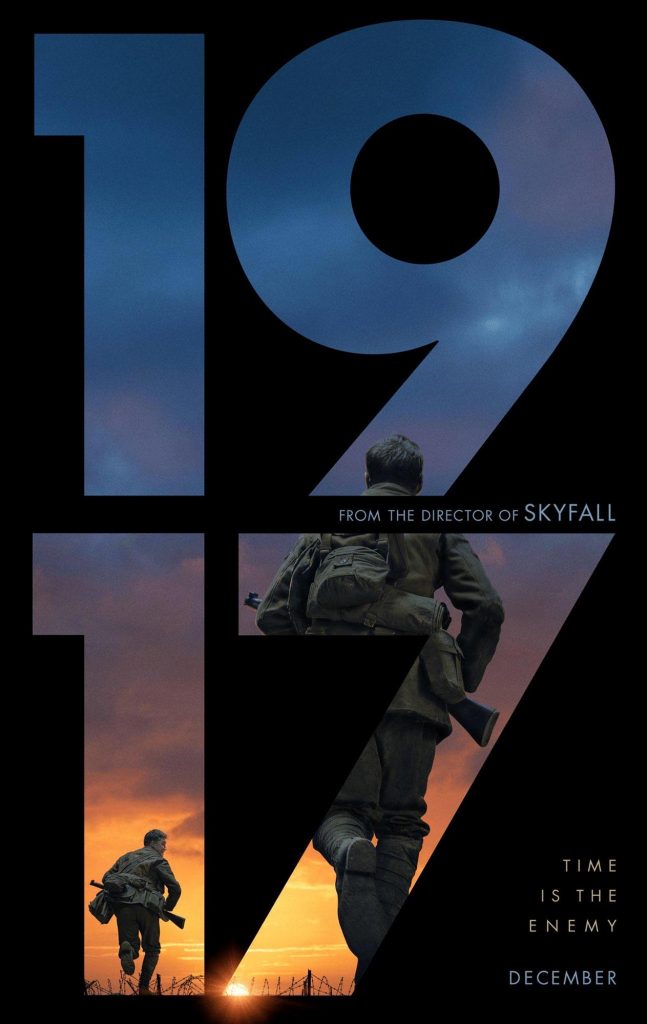