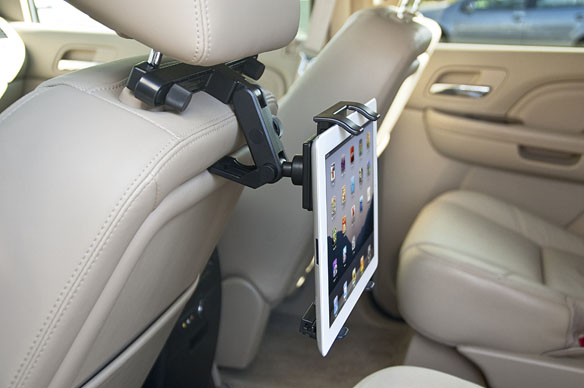 If you are looking for a safe and sturdy car mount for your iPad or other tablet, you’re in luck. Bracketron just announced the availability of its newest two mounts: the Universal Tablet Cup Holder Mount and the new Universal Tablet Headrest Mount.

For people sitting up front, the Universal Cup Holder Mount is adjustable and easily installs into your cup holder allowing for hands-free interaction with your tablet device. The Universal Tablet Headrest Mount is perfect for backseat passengers who want to use their tablet without having to place it on their lap.

Both mounts offer adjustable range of motion for optimal viewing angles and support tablets measuring between 4.5 – 7.75 inches wide and 5.5 – 11 inches tall, including the iPad, iPad 2, Kindle Fire, Nook, Samsung Galaxy Tab, and many others. 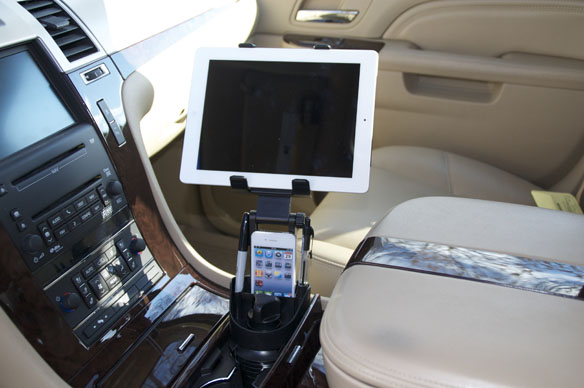 “As tablets become increasingly ubiquitous and integral to our daily lives, they are also making their way into vehicles for both navigation and passenger entertainment,” said Christian Johnson, Vice President of Marketing at Bracketron. “While factory supplied navigation and rear-seat entertainment packages can cost thousands of dollars, Bracketron’s universal tablet mounts bring the functionality of your favorite tablet into your vehicle for less than $50, plus they take only minutes to install and can even be easily switched between vehicles.” 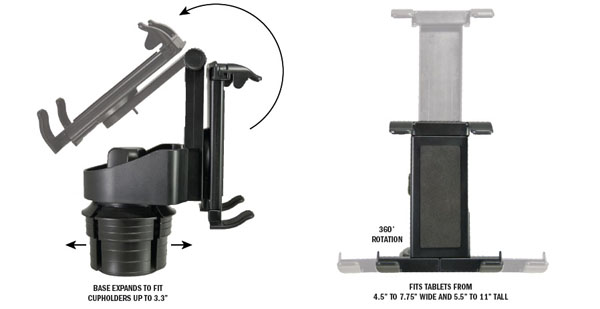 During the holidays, family travel is a must and we all know how difficult it can be to get the kids satisfied and under control on long car rides. Bracketron, a leading manufacturer in mounts and accessories for mobile consumer electronics, just announced their Universal […]

Here’s a simple way to allow the backseat passenger in your car to enjoy his or her Apple iPad while keeping both hands and legs free. The installation won’t take more than three minutes.

Bracketron, the leader in lifestyle accessories like the GreenZero Technology, just announced the upcoming release of the Bracketron Smuggler – Stealthy Insulated Cooler. This soft-sided cooler can hold up to six beverage cans, is insulated, and can slide easily into most golf bags. With everything […]

This headrest features a built-in DVD and MP4 player with a 7-inch TFT LCD 16:9 widescreen, allowing you to concentrate at the driving while your backseat passengers are watching a good movie.

Vogel announced the newest addition to their RingO lineup, the Vogel Flex Mount iPad Mount. This mount works with the iPad, iPad 2, and Galaxy Tab and is the perfect mount for active people. The Flex Mount has a stylish design and a flexible arm […]