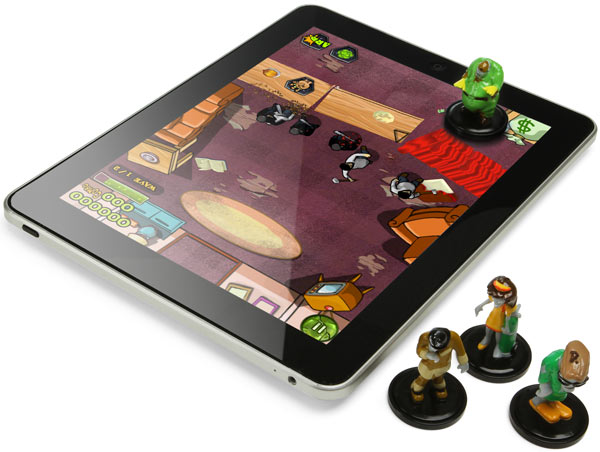 If you are looking for a fun new iPad game, check out the ZombieBurbz iPad Game. When you are alive it’s all about keeping up with the Joneses, but for Zombies it’s all about fighting off zombie-hating Joneses.

This AppGear game is sure to be a fun way to kill some time. You can find and use traps and weapons to fight off humans. For instance, you can trap them with a stash-o’-cash and then attack them with burps and snotballs. What human can resist cash? None of them.

The zombie figures interact with the app, and as you play you will unlock new storylines and missions. For once you don’t kill the Zombie, you are the Zombie.

This awesome game is just $9.99 from Thinkgeek.

Are you looking for a great gift idea this holiday season? How about getting your loved one something to protect that expensive iPad or iPad 2 with? The REV360 Case for iPad and iPad 2 is 100% designed and manufactured in the U.S.A. and intends […]

I love my iPad 2 and rarely go anywhere without it. But sometimes, I would wish that it came with a physical keyboard so that I could bang out some last minute documents for work, which isn’t something that’s easy to do on the virtual […]