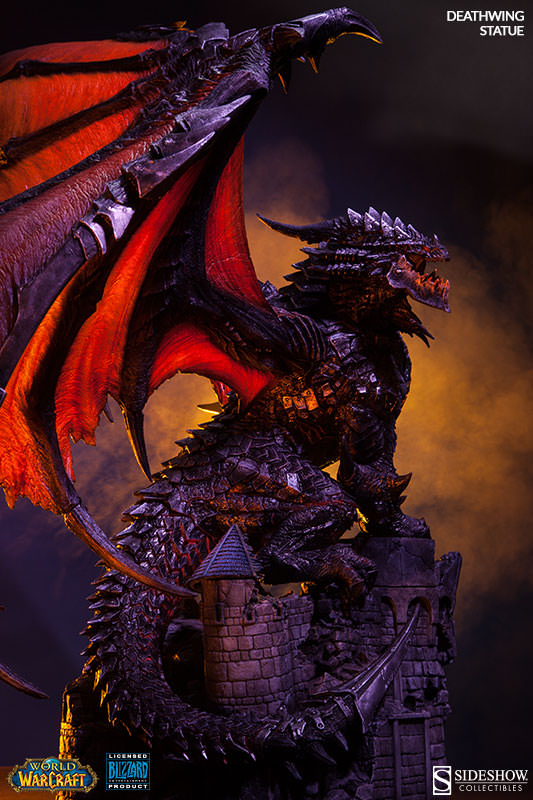 Celebrate a decade of World of Warcraft with the WoW Deathwing Polystone Statue, featuring the mighty Destroyer on top of Stormwind Tower.

To celebrate the 10th anniversary of World of Warcraft, Sideshow Design and Development and Blizzard Cinematics have joined forces to create this 25.5-inch-tall statue of he who was once Neltharion the Earth-Warder. The pose was inspired by the cinematic intro in World of Warcraft: Cataclysm. The wings, which have a cool translucent effect, have a wingspan that reaches over 30 inches.

The WoW Deathwing Polystone Statue will be available 3rd Quarter 2015 but it can be pre-ordered now for $599.99 at Sideshow Collectibles.

If you are a fan of Blizzard Entertainment’s World of Warcraft, and who isn’t even Mr. T loves it with his Night Elf Mohawk, then you are going to enjoy drinking your favorite beverages from the Warcraft Mugs.  These sculpted mugs each representing a city […]