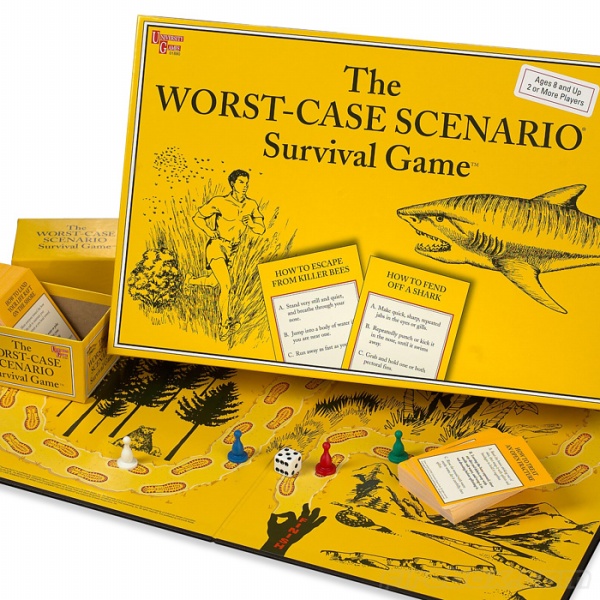 Do you have what it takes to survive? The Worst Case Scenario Survival Game isn’t a game for pessimists, despite how its name sounds. In fact, it’s sort of an educational board game because it presents you with questions on how to deal with worst case scenarios that might seem far-fetched, but you never know when the day might come that you’ll actually encounter such scenarios, right?

You can add the Worst Case Scenario Survival Game to the list of unconventional and quirky board games like the Morphology Board Game and Morph It Dough Modelling Game.

Go head to head with a friend, or the whole family, as you race around the board, answering multiple choice survival questions along the way. The scenarios range from the hair-raising to the hilarious, but each correct answer will put you one step closer to victory. Great fun for all ages, it’ll also come in quite handy the next time you need to jump from a motorcycle to a moving car.

The Worst Case Scenario Survival Game is available for pre-order from Firebox for £19.99 ($32.)