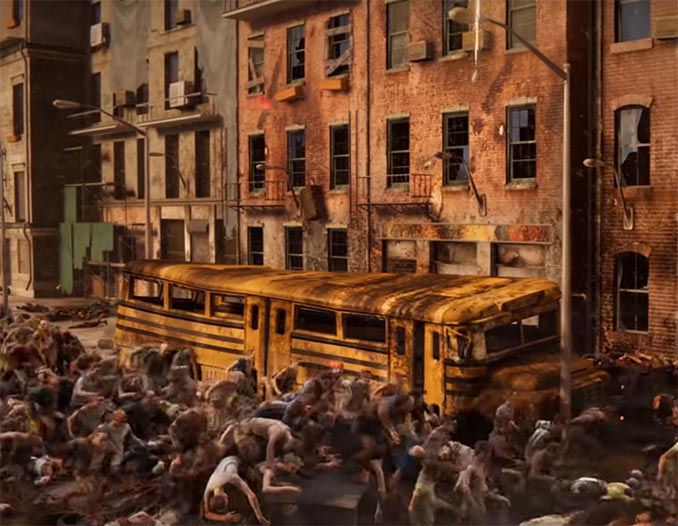 This new gameplay trailer from Saber Interactive, World War Z – Introducing: The Horde, shows off their Swarm Engine and how it produces frightening, fast-paced hordes of zombies that rush together as a pack to overwhelm your defenses. They climb on top of each other into fast-growing piles that can breach obstacles such as walls or buildings.

There are a series of technologies, including dynamic swarm simulation, diverse zombie mechanics, adaptive spawn control, and an advanced gore system, that combine to power hundreds of zombies on screen at once for incredible shooter gameplay.

World War Z will be released in 2019 for the PC, Xbox One, and PlayStation 4. Watch the World War Z – Introducing: The Horde Trailer from Saber Interactive:

Watch the newest gameplay trailer showing off how World War Z harnesses the power of Saber Interactive’s Swarm Engine™ to bring to un-life to the series’ trademark hordes of fast-moving, fast-killing zombies.

You’ll face off against hundreds of zombies of different types on screen at a time, rushing as a pack to overwhelm your defenses. Dynamic swarm simulation, adaptive spawn control, diverse zombie mechanics, and an advanced gore system all combine for the ultimate zombie shooter experience. Play with friends or on your own with AI teammates to stay alive against these relentless swarms in all their bloody glory.