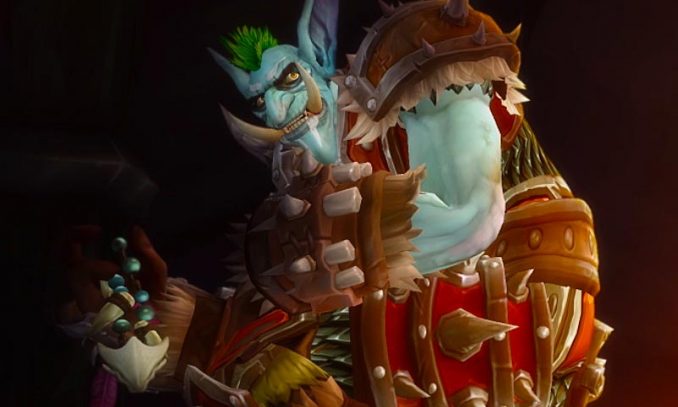 While BlizzCon 2018 gave Overwatch fans a New Hero and an awesome Animated Short, WoW fans were also treated to some amazing videos like this World of Warcraft “Terror of Darkshore” Cinematic.

Watch the World of Warcraft “Terror of Darkshore” Cinematic from Blizzard Entertainment:

The conflagration of war continues to burn brightly between the Horde and Alliance. Even as the Horde continues to entrench themselves within Darkshore all is not quiet on the warfront.

You’ll also want to watch the impressive WoW Lost Honor Cinematic. And if you like being, or fighting, Night Elves, you’ll probably be interested in Warcraft III: Reforged.

This Horde Mesh Watch – Warcraft is how a warrior keeps time. It is an analog watch with second hand and a gunmetal grey body with Horde logo on the face. Warcraft fans are going to love this watch. This watch is all about winding, […]

While the Cinematic Trailer was dramatic and The Culling Campaign Trailer was interesting, what really matters is the gameplay. Fortunately, at BlizzCon 2018, Blizzard also debuted this Warcraft III: Reforged Gameplay Trailer. It highlights the key features in this epic remake of Warcraft III: Fully […]