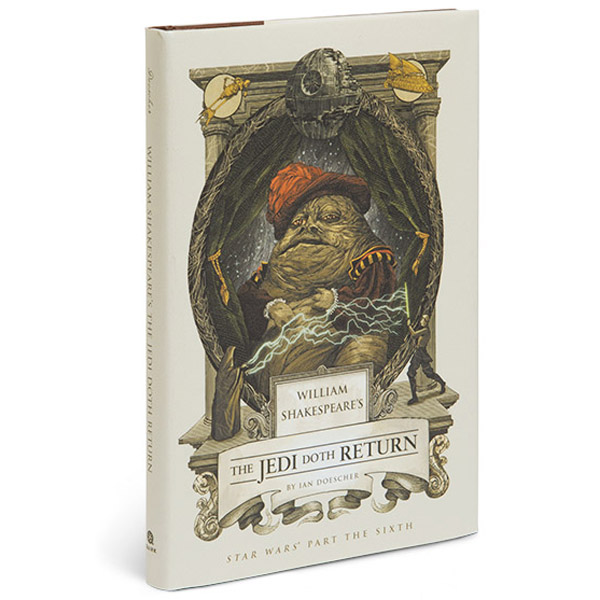 The Bard’s writing goes out of this world once again with William Shakespeare’s The Jedi Doth Return, completing the tale of a young farm boy who looked to the stars and dreamed of a life filled with adventure.

No longer a wide-eyed farm boy, Jedi Knight Luke Skywalker joins his friends for one last epic battle against a power-hungry emperor and a once-noble Jedi who fell to Darkness.

William Shakespeare’s The Jedi Doth Return is available for $14.95 at ThinkGeek and $9.42 at Amazon.com.

Doctor Who The Shakespeare Notebooks

Action figures aren’t just about heroes in spandex or science fiction guys. Fans of classic literature can enjoy actions figures as well with this William Shakespeare Action Figure. He will be the wordsmith of your collection. This hard vinyl figure measures 5 1/4-inches tall. He […]