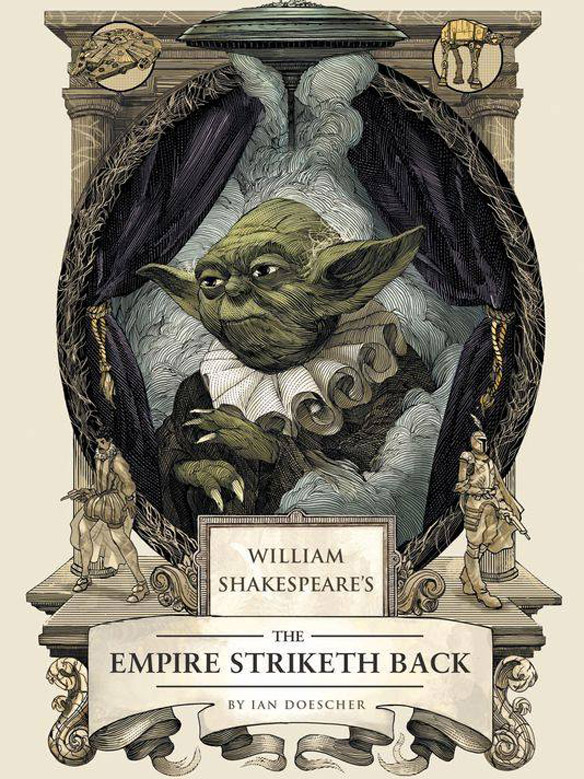 Shakespeare dropped the ball when he failed to turn his imagination to the stars, but William Shakespeare’s The Empire Striketh Back fills in the gap nicely, giving us a Shakespearean twist on the story of a great war in space that took place a long time ago in a galaxy far, far away.

The epic story that began with William Shakespeare’s Star Wars: Verily, A New Hope continues with the adventure that happened after the destruction of the Death Star, introducing new characters like Jedi Master Yoda and Lando Calrissian while continuing the epic saga that will lead Luke Skywalker to an inevitable battle with Darth Vader.

Darth Vader in the villain’s role is cast,

They flash and fly like dancers in a set,

Yet never dance did now such deadly mood.

Luke tires, and soon his brow begins to sweat,

William Shakespeare’s The Empire Striketh Back is available as a hardcover book for $9.45 at Amazon.com. It’s also available for Kindle and as an audio book.