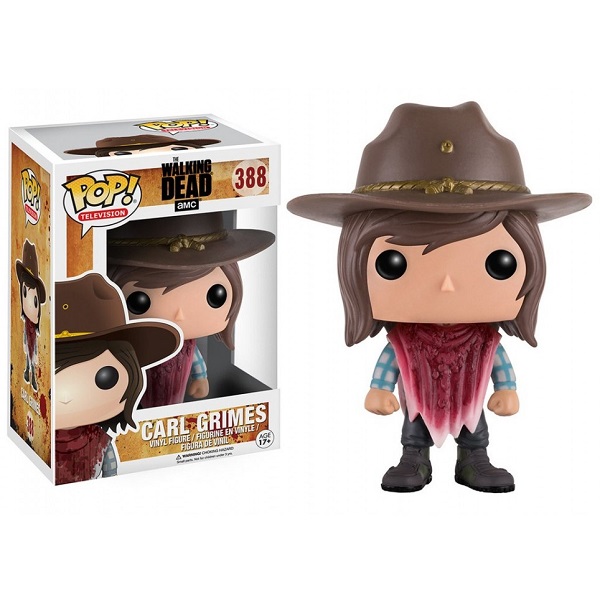 The Walking Dead Carl Pop! Vinyl Figure looks like a bloody mess but that’s okay because he gets better soon.

Actually, no he doesn’t. The youngest member of the Grimes family gets shot in the eye but that’s later so no need to worry about that now.

Before that (and before Cookie-Kid had his epic meltdown), Carl and the rest of the gang covered themselves in zombie goop so they could safely leave the house, which is why this approximately 3 3/4-inch Funko figure features Carl wearing a blood-soaked poncho. No future serial killer here. Just a kid keeping an eye out for danger. Haha.

The Walking Dead Carl Pop! Vinyl Figure will be available October 2016 but it can be pre-ordered now for $10.99 at Entertainment Earth.

Carl won’t have any choice but to get in the house when you bring the Walking Dead TV Series 4 Carl Grimes Action Figure home, although there’s no guarantee that he won’t mouth-off to any of your other collectible figures. I think a lot of […]

The zombie apocalypse looks a lot bigger on TV but the Walking Dead Pocket Pop! Mini Vinyl Figure 3-Pack Tin makes the heroes and dangers small enough to put in your pocket. Don’t open this window-box collector’s tin because there are dead inside, in the […]