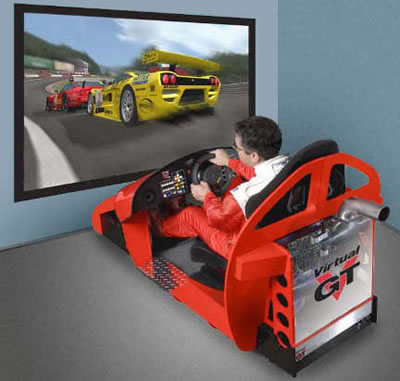 The VirtualGT is described as “the world’s first and only super-realistic auto racing simulator” since “the world’s most advanced racing and entertainment simulator” was already taken.

Red more about the VirtualGT Personal Racing Simulator at virtual-gt.com. 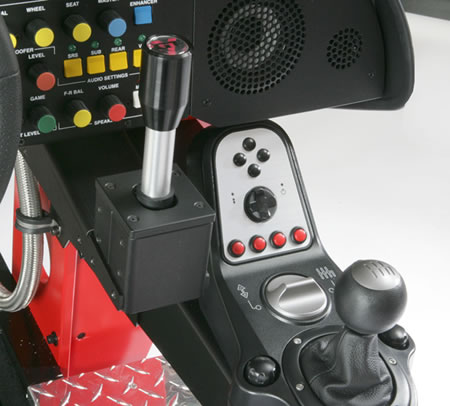 Forget about jet ski, surfing and other rookie simulators, here’s the real deal. People at HR Wallingford in Oxfordshire has created a Tsunami Simulator.

Do you prefer dry land rather than the water theme jet ski and surfing simulators? Then this interactive golf game might be just the ticket.

Soon you can have one simulator for each season. When you feel like trying out some winter sports, simply unplug your Surfing Simulator and plug this snowboard into yout TV set instead.

How about a Football Simulator ($60) to add to the golf, surfing and jet ski ones? Same idea; plug it directly into a television, and you’re away.