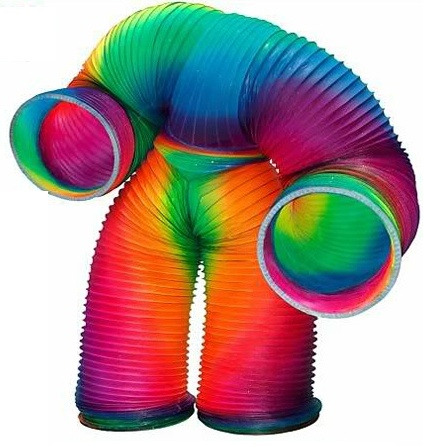 If you’ve got a million bucks to throw around and want to go for a change in profession, then here’s something you might want to look at: the Veniamin Human Slinky Costume. It’s crazy how a costume that makes you look like a slinky could cost so much, but the company behind it is throwing in some performance rights along with the deal so you can use the costume in performances. But still, $1,000,000 for that is still pretty steep.

But at least a part of that amount is going to charity; to the American Cancer Society, to be exact. The Veniamin Human Slinky Costume is listed on eBay and has so far had around 19 offers, all of which have been declined. 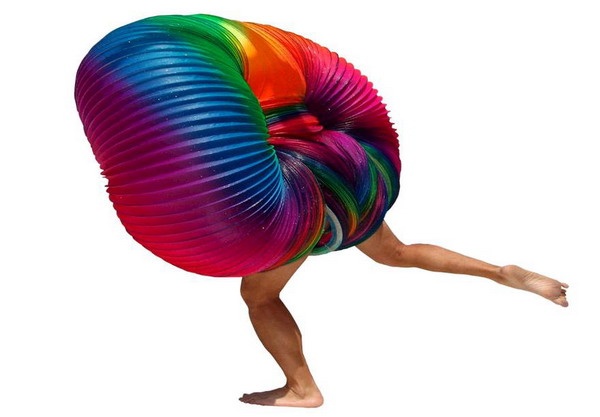 This bidding is for the Human Slinky costume and Five Years Permission to perform this act on stage around the World under Agreement or you can buy and wear this costume lifetime for Halloween and private parties.

Veniamin Human Slinky: The most unusual, astonishing, unique and creative act of its kind in the world featured in the world oddities book “Ripley’s Believe It Or Not!: Prepare to Be Shocked!”, winner award Best Variety Act 2008 at the Hollywood Best New Talent Awards. People ask… what is it? What are we watching? Everywhere are completely astonished and baffled at the act.

The Veniamin Human Slinky Costume can be purchased from Veniamin’s eBay listing for $1,000,000. You can also choose to make an offer for the costume.

Lots of lamps here at GeekAlerts today, but there’s always room for something as cool as a Slinky lamp. Both the base and the lamp light up, and you can use it as a desk lamp or as a night light. The Slinky Desk Lamp […]

Happy New Year! For 2012 we plan to continue with tons of amazing giveaways, hands-on gadget reviews, and many cool new product posts. One of the strangest products we posted about last week was the Veniamin Human Slinky Costume. Even if you like it and […]

The most common (and most used) act on magic shows is the sharp knife act. You know how these things go: the magician asks for a random volunteer from the audience, locks him or her up in a wooden box, and starts to pierce sharp […]

The movie Human Centipede was one of the grossest movies I’ve ever seen, not to mention weird and twisted. I would kind of get freaked out every time I heard a sudden sound in the house whenever I was alone. So why anyone would ever […]

Do you look at the ‘Forever Alone’ meme and see yourself? The Build Your Own Life Size Human Skeleton Book can teach you a few things about anatomy, as well as making sure you never feel alone again. There aren’t too many books out there […]

What people from some countries consider as delicacies might sound completely gross to those living somewhere else–like Insect Snacks, for instance. For the undead, the Hoxton Street Monster Supplies Human Preserves might be a huge treat but it might not be as appealing to the […]

For those of you who have been enjoying things like the Human Skull USB Drive, the Human Skull MP3 Player Belt Buckle with LEDs and the Glowing USB Human Skull, here’s another morbid gadget to get your hands on: the human skull phone with glowing […]

Let’s say you’re a medical school professor dedicated to studying and teaching about the human body. Then this Plastinated Human Body would be a perfect specimen to have. Or maybe you’re just a really creepy (and rich) dude. Again, this would be the perfect specimen […]