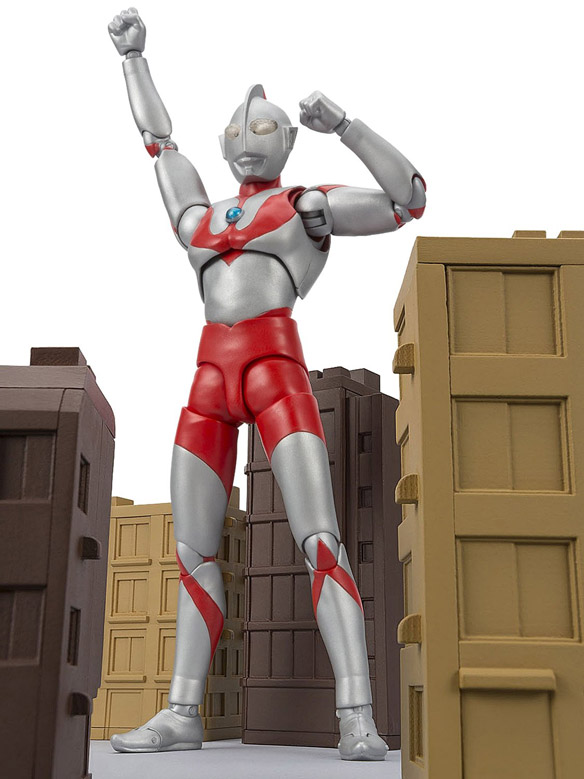 Long before Pacific Rim, Earth was being defended from Kaiju by numerous “Ultramen.” Now you can celebrate that classic hero with the Ultraman 50th Anniversary Edition Action Figure.

Superhero geeks who were children during the 70s usually had two must-watch titles on their television schedule – Batman and Ultraman… which would’ve been one heck of a crossover now that I think about it.

Created in 1966, the giant silver and red hero from space defended Earth every week from an endless army of giant monsters who had nothing better to do than terrorize helpless humans. Those adventures can now be relived with this 6 1/4-inch tall action figure that comes with various ultra goodies that include:

The Ultraman 50th Anniversary Edition Action Figure will be available September 17, 2016 but it can be pre-ordered now for $79.99 at Amazon.com and Entertainment Earth.