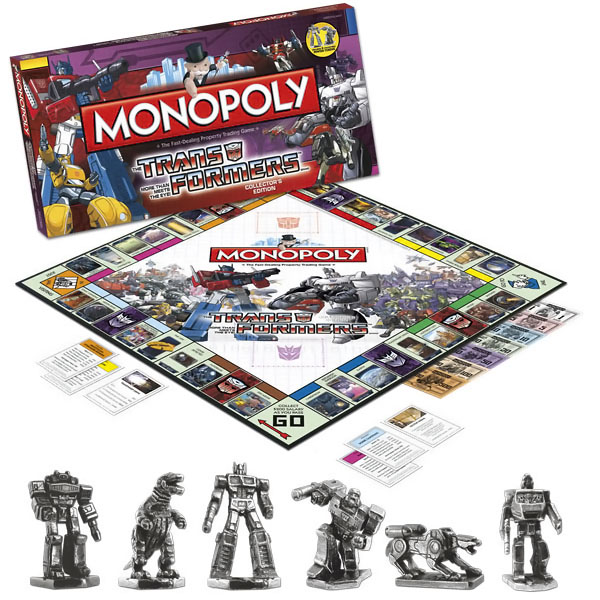 If you like board games and grew up watching classic cartoons like the Transformers, than you’ll want to get your hands on the Transformers Monopoly game. Brought to you by USAopoly, this unique edition of the classic Monopoly board game features Autobots, Dinobots and the Decepticons. 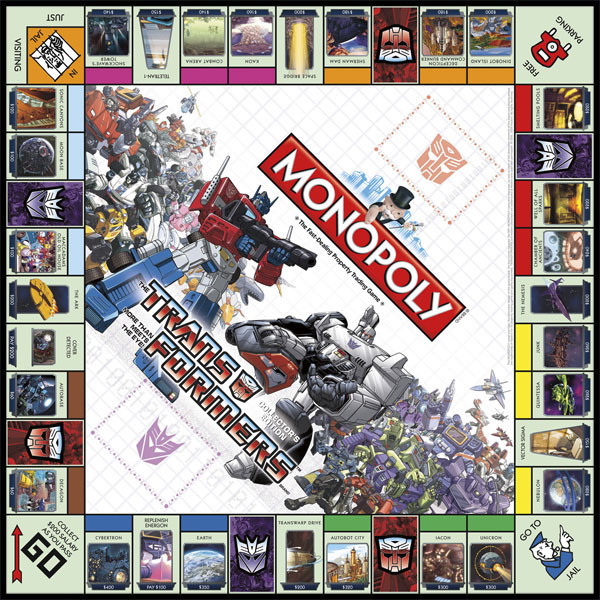 The Civil War between the Autobots and the evil Decepticons has spilled out of Cybertron and on to this collector’s edition of the MONOPOLY game. In this episode of the Transformers saga, you’ll choose to fight for the Autobots or the Decepticons. Then, you’ll travel the Transformers universe buying, selling and trading cities, bases and planets, mining for precious Energon and Anti-Matter in an effort to own and control it all. Game comes with 6 collectible pewter tokens: Megatron, Ravage, Shockwave, Optimus Prime, Ironhide and Grimlock.

You can purchase the Transformers Monopoly Edition at Amazon.com for $84.99.