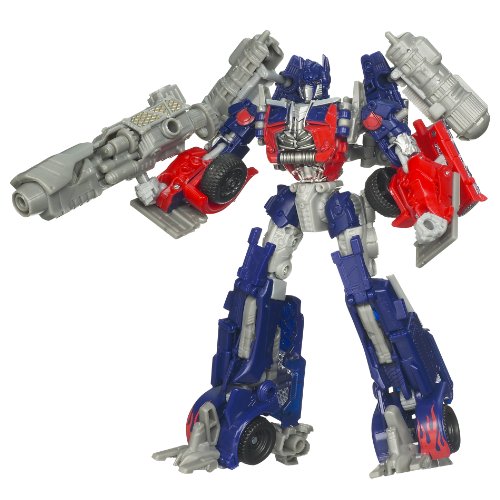 With Transformers: Dark of the Moon Movie set to be released this July 4th weekend in theaters everywhere, we thought you might want to get your hands on the Transformers: Dark of the Moon, Optimus Prime Action Figure while you still can.  Optimus is the leader of the Autobots and savior of Earth from the Decepticons and their advanced assault on our planet in Dark of the Moon.  Optimus comes loaded with the Megatech Weapons System to help him ward off the any threat that the Cybertronian spacecraft hidden on the Moon may have waiting for Earth. 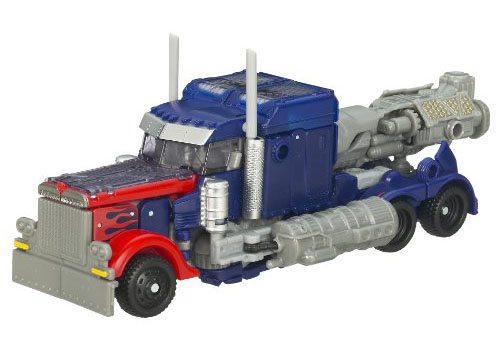 Optimus Prime has defended countless worlds against the threat of the Decepticons, but Earth is the first since Cybertron that he has considered home. He lays his life on the line in the defense of his adopted world. Every action he takes, and every modification he makes to his formidable body, is done to protect Earth.

Spring into action with this vehicle-to-robot hero! Switch your mighty Optimus Prime figure from robot mode to vehicle mode – and switch his ion blaster to a battle canon! As the war rages on, keep converting him back and forth, so he’s ready to face whatever his enemies throw at him!
Product Dimensions: 3.9 x 7.9 x 9.5 inches 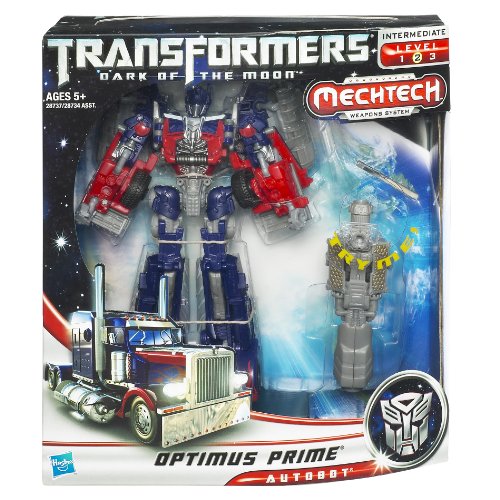 You can purchase the Transformers: Dark of the Moon, Optimus Prime Action Figure at amazon from $18.50 and at Toys R Us for $19.99.

Who is the coolest Autobot? Optimus Prime of course. Let him transform your morning into something wonderful with this Transformers Prime Optimus Prime Ceramic Mug. This 12 oz. Ceramic Mug is the perfect geeky mug to enjoy your beverages in. It features the Autobot leader […]

This Transformers Age of Extinction Optimus Prime Evasion Edition Premium Scale Action Figure is large and in charge. The Decepticons don’t stand a chance. This Premium Scale action figure captures the first appearance of Optimus Prime from the hit movie. He stands about 19-inches tall […]

Okay transformers fans, get ready for a cool and unique collectible from the folks who brought you Rubiks Cube. This Transformers Rubiks Crew Optimus Prime Figural Game is for one player, but it is fun. The figure can be moved around and manipulated to form […]