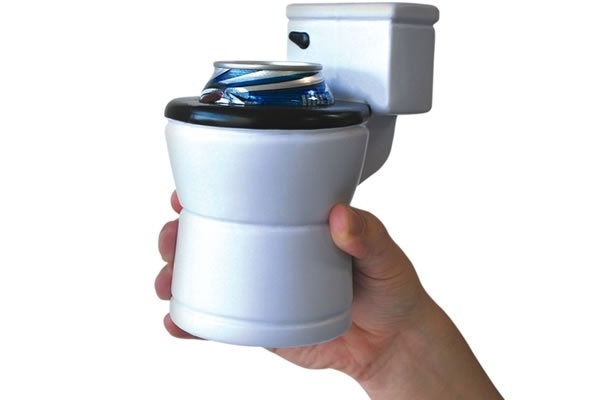 When dogs are left alone, they have a tendency to drink out of the toilet. Now humans are getting into the bad habit, too, but in a more hygienic manner because they’re just really drinking from their can that’s wrapped inside the Toilet Kool Koozie.

The Toilet Kool Koozie is a quirky can cooler that’s shaped like a toilet. You won’t be drinking straight from the toilet as you would with the Toilet Mug, although they more or less look the same. The Koozies are reusable and relatively easy to clean, so you can use them again and again whenever you fancy a can of beer or soda.

The Toilet Kool Koozie is available from Neatoshop for $9.95.

For many of us the prescription after a hard day is to relax with a cold beer. Why not make it an official prescription with the Prescription Kool Koozie. It’s just what the doctor ordered. This fun cooler is shaped like a prescription bottle. The […]