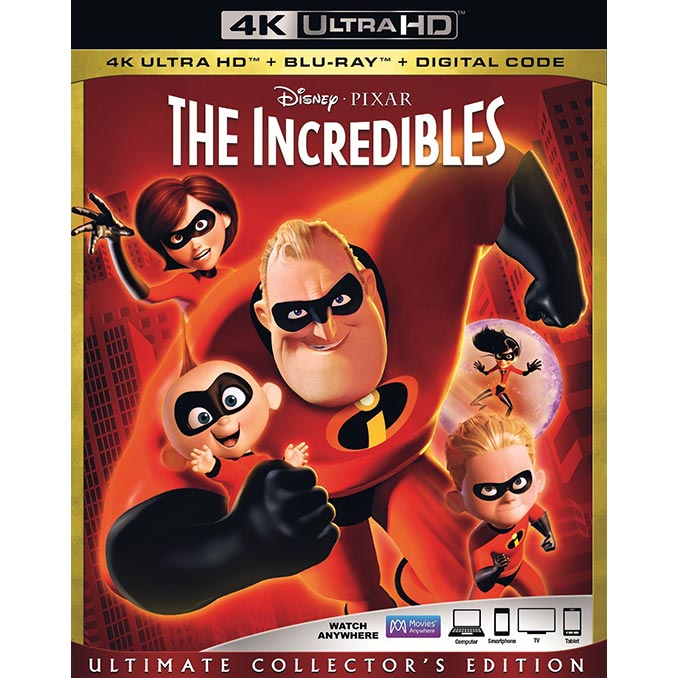 Incredibles 2 will be out on June 15 and the Video Game is coming out the same day, but tomorrow, June 5, 2018, will be the release of The Incredibles on 4K Ultra HD. It’s also called The Incredibles: Ultimate Collector’s Edition, and it finally gives fans the chance to watch this Disney Pixar classic in ultra high definition. There is even a collectible steelbook version. Pre-order now to reserve your copy.

Pixar Studios’ fantastical Oscar-winning foray into the world of superheroes centers around a family of costumed crimefighters who get stuck in a mundane suburban life after a series of lawsuits forces them to keep a low profile. But when an offer for a new assignment turns out to be a trap set to capture family patriarch Mr. Incredible (voiced by Craig T. Nelson), it’s up to stretchy spouse Elastigirl (Holly Hunter) and the rest of the brood to save him, and the world, from vile villain Syndrome (Jason Lee). 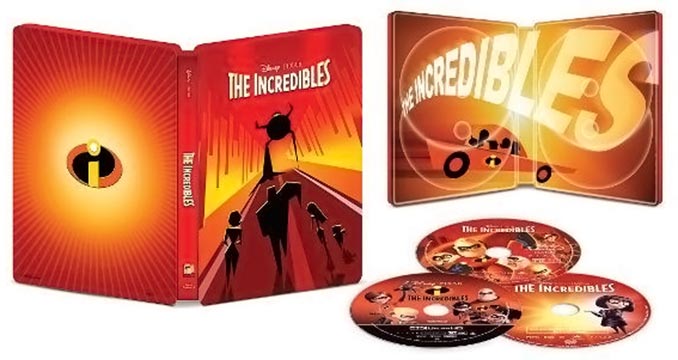 Best Buy is the only place to get the 4K Ultra HD Blu-ray/Blu-ray in collectible Steelbook packaging. It is $34.99.

A number of retailers have The Incredibles 4K Ultra HD Blu-ray + Blu-ray + Digital in standard packaging. It lists for $44.99 and is available for as low as $29.96 from Best Buy, Walmart, Barnes & Noble, and Deep Discount.