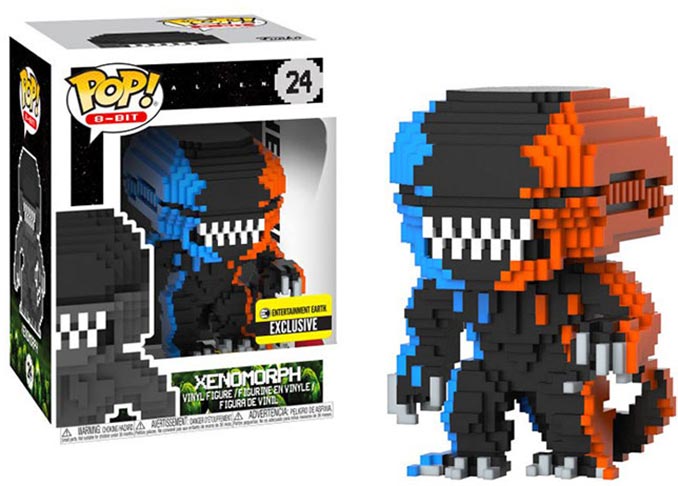 This Alien Game Deco 8-Bit Pop! Vinyl Figure is a more colorful version of the Alien 8-Bit Pop! Figure that came out a few months ago. It’s the same 8-bit version of the Xenomorph from the Alien movies, but this little beast has an orange and blue coloring effect copied from the Alien 3 video game that was released for the Sega Genesis back in 1992. Yeah, that’s a 16-bit console, but it was way more pixelated than you remember.

This Alien Game Deco Pop! 8-Bit Figure is an Entertainment Earth exclusive, where it costs $13.99

This Wonder Woman Art Deco Lightweight Scarf is stylish and worthy of Diana Prince herself. It features Wonder Woman designs hiding in an art deco pattern. So it is a nice and subtle way to show your Amazonian pride. It makes a great gift for […]